We are very pleased to announce that today Shieko Reto is taking up residency as the first one-year Artist at Risk (AR) Resident at Safe Haven Helsinki.

Shieko Reto is a visual artist and activist from Kuala Lumpur, Malaysia, whose work addresses the concerns of trans- and cross-cultural phenomena. Her work has been part of international exhibitions, including the Singapore Biennial and the AR PAVILION at Matadero-Madrid.

Shika, as she is known to friends, has been drawing all her life. Since her youth, drawing was one way of coping with being a trans-person in a repressive society. It has been a way to express herself in a patriarchal Muslim world in which she had no one to turn to. It became both a therapeutic and artistic form from primary school on, and took her through college to her first job as a storyboard artist in an advertising agency, and then finally to an artistic path including participation in international exhibitions and biennials.

When first leaving advertising to become a full-time artist, Shieko Reto often took her artwork (small paintings, d.i.y. zines & silkscreen t-shirts) to the infamous Kuala Lumpur Art bazaar called “Art for Grabs”. This was considered quietly subversive, because this event was often organized by and with feminists, human rights and LGBTIQ activists. During her full-time freelancing with local Malaysian Human Rights NGOs and going through a gender & sexuality workshop, she found herself in a position of strength, with activists friends including human rights lawyers. This strong support network allowed her work to become more focused on her life experience as a transwoman in Malaysia.

In September 2013 she was one of few artists from Malaysia to join the Singapore Biennial. In 2013/2014, she received a scholarship from the Nippon Foundation to do research on transwomen’s activism and life in the Philippines and Japan. She interviewed and followed a selection transwomen activists closely while in the Philippines, comparing it to Japan, where she organized exhibitions to create awareness of the situation of Transwomen in Malaysia. Here drawings, video work and performative work show an acute new awareness of transwomen in Far-East Asia.

Watch Shika’s the interview at the Singapore Biennial

In Swedish for Svenska YLE

AR-Safe Haven Helsinki is curated by Perpetuum Mobilε (PM), and co-organized by PM and HIAP – Helsinki International Artist Programme. The programme is funded by the Helsinki City Cultural Office.

This evening will include a short talk by Ivor Stodolsky on the notion of “pluriculturalism”, and an introduction to the PLURIversity by Marita Muukkonen. This will be followed by a performative presentation of new art work under the title “Gender: Human” by the Malaysian artist Shieko Reto in the prominent window of Nordic Culture Point in Kaisaniemi. 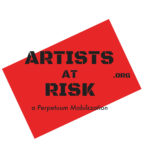