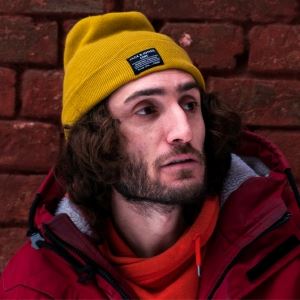 Spartak Khachanov is a sculptor and contemporary artist who produces visually, politically and emotionally charged works in a variety of materials and genres.

Following an exhibition of his new work at the Kiev Academy of Fine Art (NOAM) in January 2019, where Khachanov was a student, he was faced by rising threats to his art, life and well-being from far-right forces in Ukraine.

It related specifically to an art installation “Penis Parade” in which Khachanov placed dozens of miniature plaster soldiers and military vehicles, all with suggestive phallic features, in a long military parade that occupied the corridor of the Kiev Art Academy. 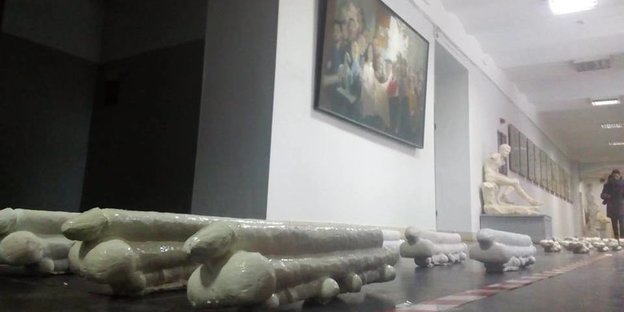 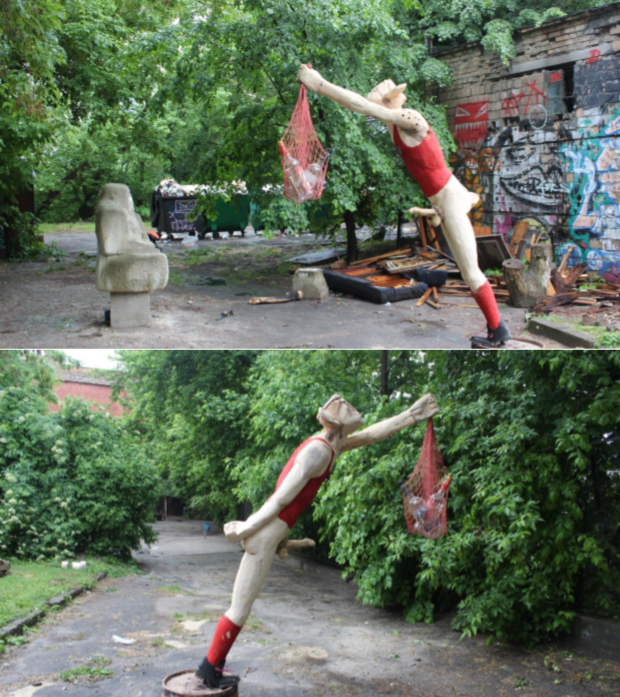 Starting with threats from a professor at the academy and rising to a dangerous fever pitch, his life was endangered by a growing cohort of nationalists and fascists, and the notorious grouping C14 in particular. Artists at Risk (AR) intervened at this point, bringing him directly to AR-Safe Haven Helsinki for an emergency AR-Residency.

Shortly afterwards, Khachanov had an invitation to exhibit his work in Berlin. In the face of the Kiev Academy’s refusal to hand over the artwork—which had been partially destroyed—Artists at Risk (AR) wrote an open letter, co-signed by Aki Kaurismäki among others. The work was finally released and exhibited. Khachanov was nevertheless expelled from the Kiev Academy for making and exhibiting “immoral” artworks. He will be exhibiting this and further works in Sofia and Helsinki in the coming months.

From January to April 2019, Spartak Khachanov was an Artists-at-Risk (AR) Resident co-hosted by Perpetuum Mobile (PM) and HIAP on the island of Suomenlinna, Helsinki. This residency was co-funded by Nordic Culture Point as part of the Immigré Artists (IA) and Artists at Risk (AR)-Nordic Network curated by Perpetuum Mobilε (PM).

From April to June 2019, Khachanov was the first AR-Resident at Radar Sofia, Bulgaria. The residency was co-funded by Nordic Culture Point as part of the Immigré Artists (IA) and Artists at Risk (AR)-Nordic Network curated by Perpetuum Mobilε (PM).

Following his time at AR-Radar Sofia, Khachanov was hosted at AR-Belgrade for an interim residency during July and August of 2019, before his return to AR-Safe Haven Helsinki.

PRESS: Chased by conflict in Ukraine, an artist finds a haven in Helsinki (Washington Post)

The AR-network is curated by  Perpetuum Mobile (PM) and is coordinated by the AR-Secretariat, co-funded by Kone Foundation. This residency is funded by the Division of Culture and Leisure of the City of Helsinki.