The couple’s first stop will be the Saaren kartano – Saari residence, funded by Koneen Säätiö – Kone Foundation in Mynämäki, Southwest Finland, as part of the joint AR programme with Saastamoisen säätiö – Saastamoinen Foundation Residency in Helsinki. They will continue as part of the new longer-term AR-ICORN Safe Haven Helsinki Residency. 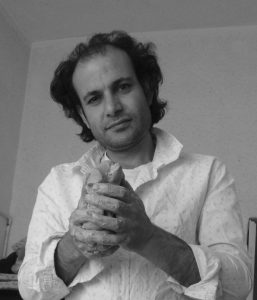 Saddam Jumaily (born Saddam Al Saeedi in Basra, Iraq, 1974) is a painter and sculptor with a significant following in his country, where he is known for works that use symbolism to deal with memory and nostalgia.

From 1999-2000 Jumaily studied for a Bachelor’s degree in Visual Arts (Painting) at Basra University College of Fine Arts, Iraq, where he also completed an MA. He later became a respected lecturer at the university, where his thinking and art was much valued by his students.

In 2010 Jumaily began to receive death threats from religious fundamentalist groups both from within the university and outside. He was accused and persecuted for purportedly advocating atheism. He was forced to leave Iraq to Jordan, but returned a year later. After several incidents and deaths in his circle, he was forced to flee the country once more. He has since been based in Amman, where he has continued his artistic work under highly precarious circumstances. 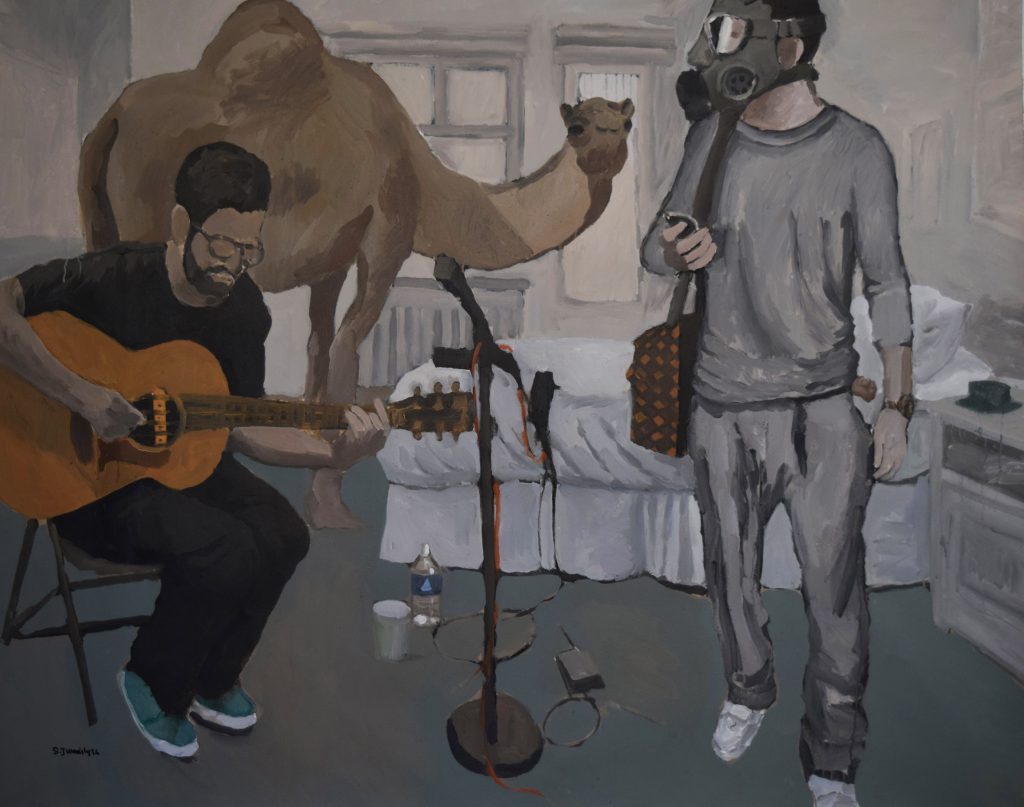 As well as being a respected painter Jumaily is both an editor and writer and has worked for several publications in Iraq, as well as for other Arab-language newspapers and magazines.

With the City of Helsinki becoming a member of the International City of Refuge Network (ICORN), one AR-Residency per year is designated as an AR-ICORN Residency, forming an integral part of AR-Safe Haven Helsinki’s longer-term-stay programme. This programme is as always curated by Perpetuum Mobile (PM) and will be co-hosted with HIAP – Helsinki International Artist Programme. It is funded by the Department of Culture and Leisure of the City of Helsinki. The AR Secretariat is generously funded by Kone Foundation.

Saddam Jumaily is an Artists at Risk (AR) Resident at AR-Saari Residence. The AR-Network is curated by Perpetuum Mobile (PM) and is coordinated by the AR-Secretariat, co-funded by Kone Foundation. This residency is funded by Kone Foundation in Mynämäki, Southwest Finland, as part of the joint Artists at Risk (AR) programme with Saastamoinen Foundation. Together with Kholod Hawash, Saddam Jumaily will continue as a resident of the new longer-term AR-ICORN Safe Haven Helsinki Residency.