Lusine Dzjanyan and Alexey Knedlyakovsky are members of the performance group, Pussy Riot that came to international recognition in 2012 after its members engaged in a performance critical of the Putin regime in the Cathedral of Christ the Saviour in Moscow. Three of the group’s members were sentenced to two years imprisonment for the act.

Prior to their escape Dzjanyan and Knedlyakovsky experienced a long series of well-documented infringements on their freedom of expression. In 2013 Dzjanyan was relieved of her position at Krasnodar university for political motivations and was blacklisted as an artist from galleries and museums in Russia.

In 2014 Knedlyakovsky and Djanyan took part in a protest with Pussy Riot during the Winter Olympics held in Sochi, Russia. Together with other Pussy Riot members they were beaten by Cossacks.

In December 2016, activist, artist and blogger Knedlyakovsky was sentenced to 15 days for attaching a wooden crucifix to a statue dedicated of Felix Dzerzhinsky, the first director of the secret police and precursor to the KGB.

The Dzjanyan-Knedlyakovsky family eventually left Russia and applied for asylum in Sweden on March 16, 2017. While Lusine Dzjanyan and Alexey Knedlyakovsky have been living in Sweden with their first child Tigran, they have had another son, Levon, born on 16 August 2018. 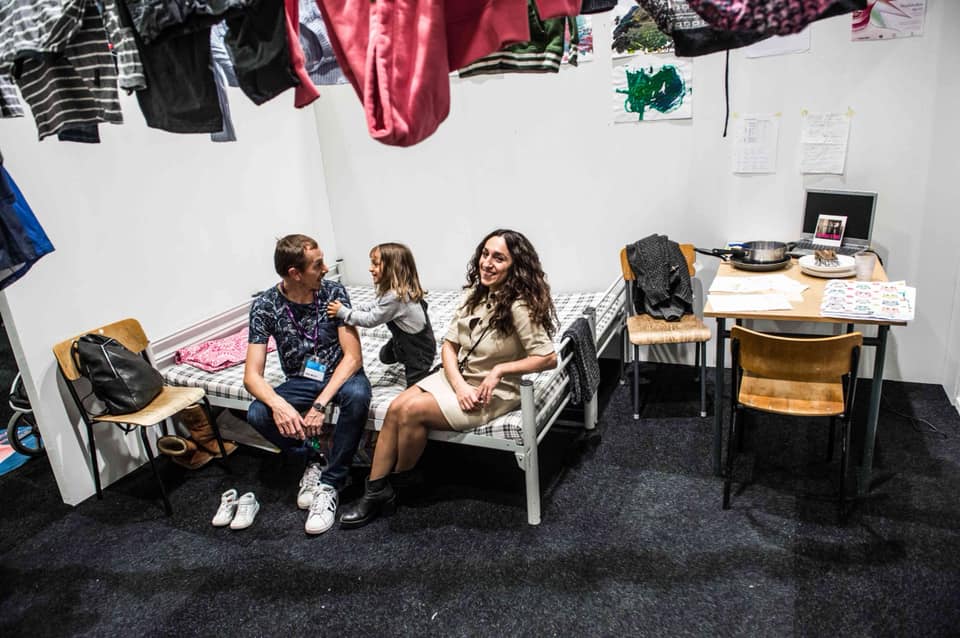 The Dzjanyan-Knedlyakovsky family in Sweden.

In February of 2019, following The Stockholm Migration refused asylum to Lusine Dzjanyan and Alexey Knedlyakovsky, effectively returning them to Russia.

Following this, Artists at Risk (AR) wrote a letter addressed to The Minister of Justice of the Government of Sweden and The Stockholm Migration Court, which was co-signed by Svenska PEN, Suomen Pen Finnish Pen, Safemuse, and PEN America.

“Under international human rights law, Sweden is obliged not to return a person to a country where they are subject to persecution and risk of serious human rights violations. As such we urge Your Excellencies to ensure that Lusine Dzjanyan and Alexey Knedlyakovsky, and their family, are not forcibly returned to Russia. We appeal to you to reverse the initial decision of the Stockholm Migration Court and give the Dzjanyan-Nekrasov (Knedlyakovsky) family political asylum in Sweden.”

The full letter can be read here: