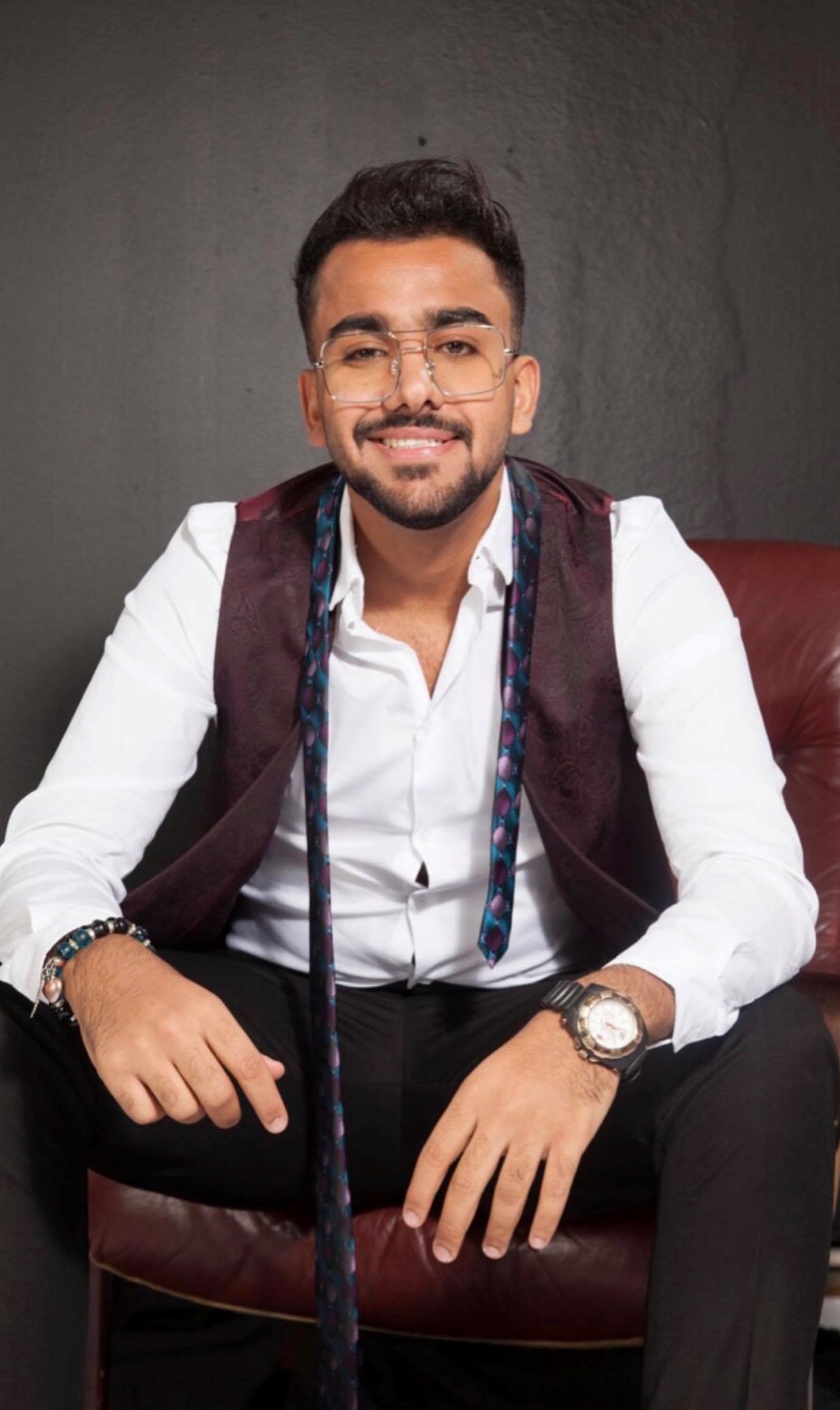 Ali Saad (1996) is an Iraqi musician who was born into a big musical family in Baghdad.

Ali Saad (1996) is an Iraqi musician born into a large musical family in Baghdad. Many of his family members have been famous and respected musicians in the Arab world. He learned singing techniques from his uncles, and sings both classical Tarab and pop music. In 2019, he went on to study Arabic singing and maqam theory in Cairo.

Saad is currently working in Finland as a musician, composer and sound designer. He has worked on dance performances at the Finnish National Theatre and has performed in concert with many different ensembles. In 2021, he graduated from the Pop & Jazz Conservatorio in Helsinki, with a focus on combining musical traditions and techniques, making music that bridges cultures and has the potential to create something truly unique.

Ali Saad has an ongoing series of projects and performances with the acclaimed Finnish musician and composer Sanna Salmenkallio. The two contributed a duet to Artists at Risk (AR)’s own #RiskandRebellion Symposium in January 2021, which is free to watch here:

Sanna is also Ali’s AR-Peer Artist during his IA-Residency. A TV programme by the Finnish public broadcaster YLE was made about Saad Salmenkallio’s musical friendship, available here: https://areena.yle.fi/1-50625595

Saad is currently working on new music for an upcoming album, preparing a series of concerts with his own Muqam band and is developing a concept for a new theatre and music performance in cooperation with a Belgian theater company. He is further composing music for a performance at the World Puppet Theatre Festival in Charleville-Mézières, France in the summer of 2021. Back in Helsinki, Saad has been working on developing new methods of teaching music for students with special needs, in partnership with Music Centre Resonaari.

Ali Saad is an Immigré Artists (IA)-Resident at Artists at Risk (AR)-Safe Haven Helsinki (AR-SHH). This IA-Helsinki Residency is co-funded by Nordic Culture Point and the City of Helsinki Culture and Leisure Division, and organised by Perpetuum Mobile (PM) as part of the AR-Network. The Immigré Artists (IA) and Artists at Risk (AR) Nordic Network is coordinated by the AR-Secretariat and curated by Perpetuum Mobile (PM).

The AR Secretariat, which administers the wider AR-Network, is generously funded by Kone Foundation.