On the eve of Eid al-Fitr, marking the end of Ramadan, Artists at Risk (AR) joins cultural rights defenders in a letter to President Abdel Fattah El-Sisi, calling for the release of web designer Mustafa Gamal and poet Galal El-Behairy. 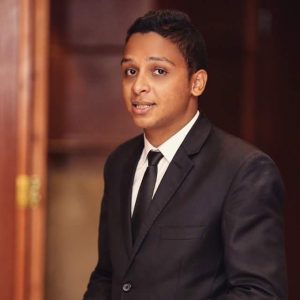 On the occasion of Eid al-Fitr, it is customary to release or pardon prisoners from jail in Egypt. An international network of culture and human rights groups, including Artists at Risk (AR), has taken the opportunity to appeal to President El-Sisi  for the release of web designer Mustafa Gamal and for the pardon of poet Galal El-Behairy, and to give them the chance to spend Eid al-Fitr with their families.

For over two years, both Mustafa Gamal and Galal El-Behairy have been jailed, innocent of any offences.

Web designer Mustafa Gamal was arrested in March 2018 and has been detained ever since, despite the expiry of the two-year time limit on pre-trial detention prescribed by Egyptian legislation. On 13 May, his detention was once again extended for a further 45 days.

Poet and lyricist Galal El-Behairy was also arrested in March 2018 and is currently serving a three-year sentence; his crime is simply having written a book of poetry which was never even published.

In March 2020, the United Nations High Commissioner for Human Rights, Michelle Bachelet, issued an international appeal calling for the release of every person detained without sufficient legal basis and others detained for expressing critical or dissenting views. Mustafa Gamal and Galal El-Behairy are among those directly concerned by her call.

In light of the Covid-19 pandemic that ravages prisons around the world, the organizations believe that there is also a strong public health argument for releasing detainees to limit the virus’s transmission.

In February 2018 Egyptian artist Ramy Essam released a song and music video, Balaha, aiming to start a dialogue about where Egypt is now and where it could be. Lyricist of the song, poet Galal El-Behairy, and Ramy’s former social media adviser Mustafa Gamal were then arrested and imprisoned in Egypt. Shady Habash, director of Balaha’s music video,  died in custody in May, after almost 800 days spent behind bars.

On 31 July 2018, Galal El-Behairy was sentenced to three years in prison and a 10,000 L.E. fine by the Military Court in Cairo for his unpublished book of poetry.

The director of the Balaha music video, filmmaker Shady Habash, was also arrested and held in pre-trial detention until his tragic and untimely death at the age of 24 in Tora prison, Cairo, in May. Shady Habash’s death in custody is believed to have been caused by the failure of prison authorities to ensure Shady timely access to a doctor and suitable healthcare.

Mustafa Gamal has no association with Balaha. As a web designer, he has helped many with their social media platforms. One of his clients in 2015 was Ramy Essam – he  certified Ramy’s fan page on Facebook, and this was the only connection between him and Ramy. When the song was released in 2018, he and Ramy had not been in touch since 2015.