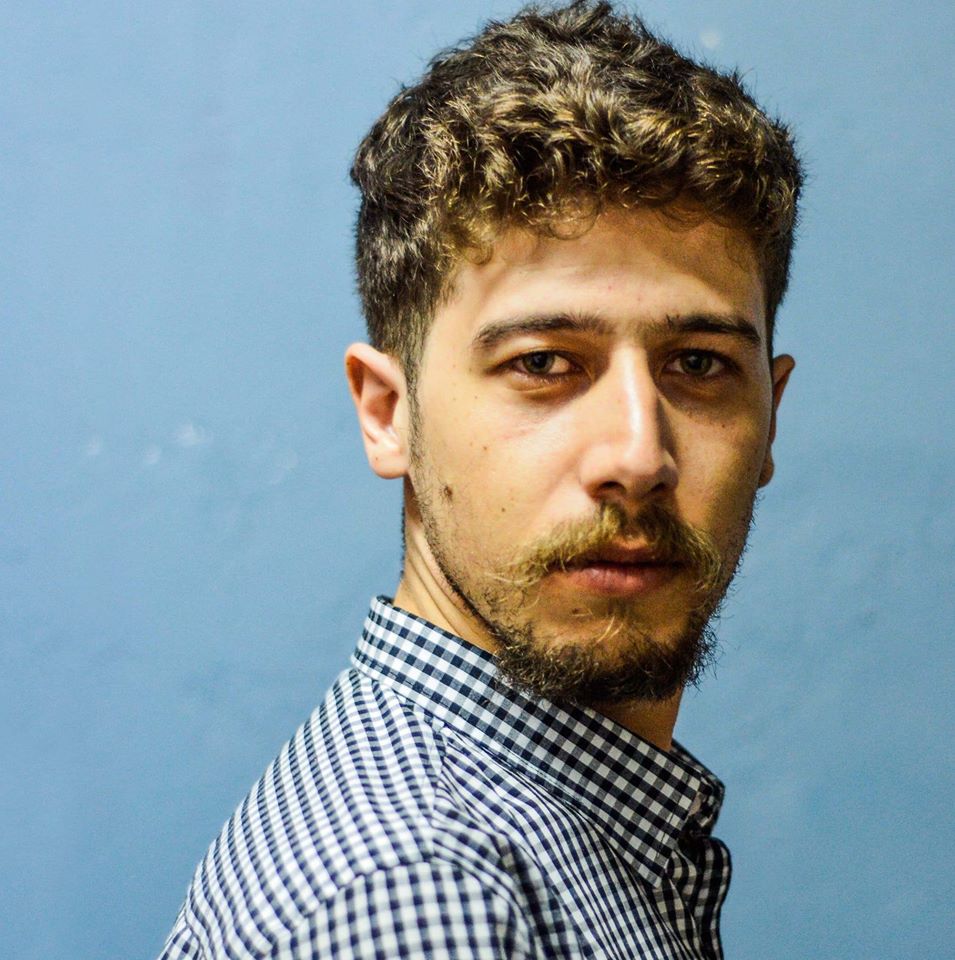 Rémi graduated from the Higher Institute of Dramatic Art in Damascus in 2014. In the following years he continued to work as the director of Tajroubeh Troupe in Syria, producing plays despite the extreme difficulties of working in a war zone.

In 2016 Rémi left Syria to escape the war and find a safe and peaceful place to live and work. AR has accompanied him along his remarkable and arduous journey. Following a period in Beirut, Lebanon, Rémi volunteered as an educator leading workshops with children on theatre as well as working as an assistant director on the play « Lighters and Darkness » at the Sharjah Desert Festival in the United Arab Emirates. Following this, he spent several months in Khartoum, Sudan. Currently, Rémi is based in Tunis, where he is working with AR-Network member Art Veda, and a non-profit artistic organisation and multi-disciplinary theatre space EL Teatro.

Rémi wrote and directed the play “First Class الدرجة الأولى”, which premiered in 2019 in Tunisia and is based on his own experiences. It circles around three people waiting at an airport to travel to a safe country, and explores social and global topics, such as boundaries and discrimination, and the emotional state of waiting. Of his artistic practice, Rémi says “Theatre empowers and allows me to freely express myself and to deliver my experience in this world”.

While in residence at AR-Tunis in 2020, Rémi was cast in ‘The Man Who Sold His Skin’, a new film by acclaimed Tunisian director Kaouther Ben Hania that has been nominated for a 2021 Academy Award for ‘Best Foreign Feature Film’. The film follows the story of Sam Ali, a Syrian refugee in Lebanon who has his back ‘bought’ and tattooed with a Schengen Visa by a controversial Belgian artist. Inspired by a true story, it has been praised for its charm and satirical portrayal of the art world. He can further be seen on camera in the Peter Webber-directed Arabic-language series ‘Kingdoms of Fire’, a dramatization of the reign of the Ottoman Empire’s Selim the 1st and the Mamluk Sultanate’s Tuman Bay the 2nd.

Rémi has also been working on a new play, ‘Rémi sans famille’, funded in part by Al Mawred Culture Resource. Based on his own experience as a Syrian asylum seeker, the play is a re-imagination of the classical French novel by Hector Malot, Sans Famille. Rémi hopes to contribute to a positive vision of refugees, grounded in the idea of a universal quest for love and peace. He is further working on a human rights project, ‘#BeMyVoice’, with support from the Anna Lindh Foundation. This project uses artistic partnerships and workshops in Europe to safely amplify the stories and experiences of oppressed peoples. These workshops are already under way.

Rémi Sarmini is an AR-ENSH Resident, hosted in cooperation with Art Veda at AR-Tunis. The AR-Network is curated by Perpetuum Mobile (PM) and is coordinated by the AR-Secretariat, co-funded by Kone Foundation. AR-The European Network of Safe Havens (AR-ENSH) is co-funded by the Creative Europe programme of the European Union.