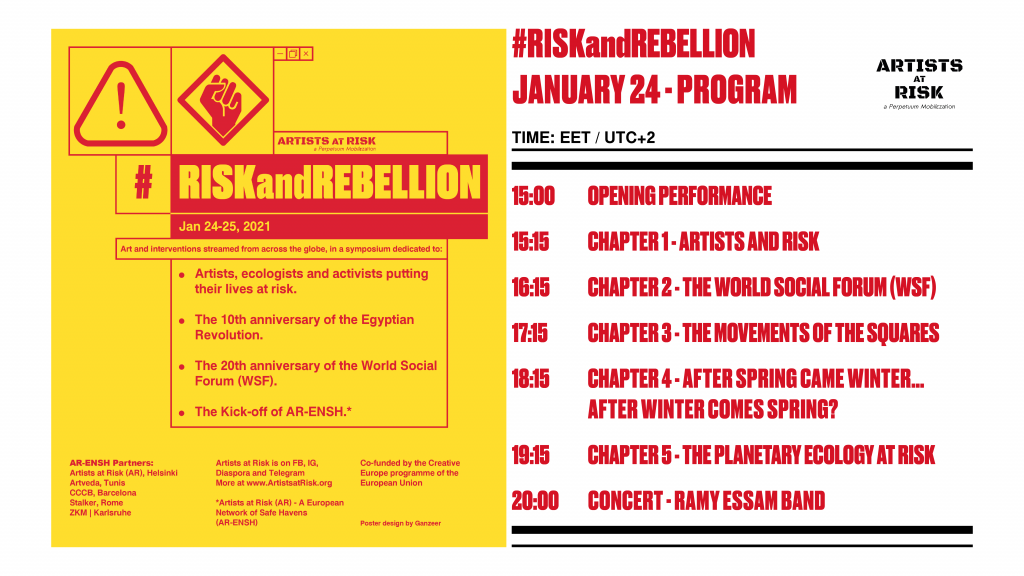 The #RiskandRebellion programme is out. Check it for details of each CHAPTER, participant and/or musical, activist or artistic intervention.

#RiskandRebellion (January 24th and 25th, 2021) is a mondial symposium dedicated to the 10th Anniversary of the Egyptian Revolution, the 20th Anniversary of the World Social Forum, and the kick-off of Artists at Risk (AR) – A European Network of Safe Havens (AR-ENSH) a Creative Europe project co-funded by the European Union.