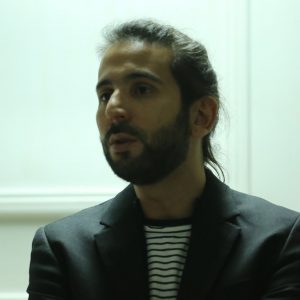 Editor-in-chief of Nawaat since 2017, Thameur Mekki (left) has collaborated as a freelance journalist with various French-speaking international media after having written and produced for press, radio and television in Tunisia. Specializing in the emerging Tunisian art scene and media criticism, his work is often interested in contested and marginal socio-political and cultural dynamics.

Since 2010, Christophe Cotteret (right) has been 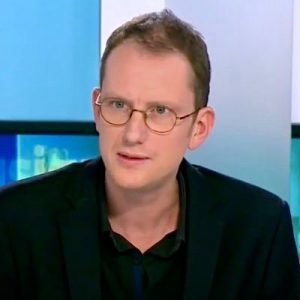 working as a geopolitical documentary filmmaker and journalist, specializing in the Arab world and Rwanda. In 2011-2012, he directed the feature-length documentary Democracy Year Zero (2013), which explores behind the scenes of the Tunisian Revolution between 2008 and 2011, and Ennahdha (2014), which delves into the heart of the Tunisian Islamic-conservative party, tracing 40 years of the history of political Islam in Tunisia. Inkotanyi (2017) focuses on the history of the Rwandan Patriotic Front through the voice of its leader Paul Kagame and its main actors. He has also produced web-documentaries and investigative journalism on Tunisia. 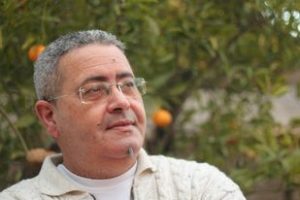 Slim Kacem (left) is a cultural agitator born in Tunis in 1965. He graduated from Communications at Hamburger Kommunikation Hochschule (Germany) and is Director of the ROOTS Graphic & Design Advertising agency. Slim Kacem is a fervent defender of human rights, which he documents and creates dialogue about through ROOTS TV, a web series created in 2016 that is broadcast on social networks, Youtube and Facebook. He also produces cultural content, showcased in the underground art scene, and is a photographer whose work has been exhibited in Tunisia and Germany and featured in publications that highlight the architectural heritage of Tunis medina. 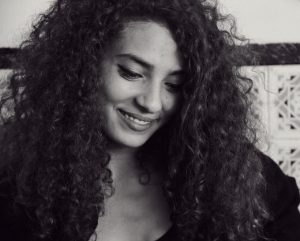 Lina Elleuch (right) is a researcher in criminal law and criminal sciences, and was part of the executive board of the association Mawjoudin for equality since its creation. She is Project Coordinator and Trainer within the association, working on active listening with Mawjoudin for members from the Queer community.