Suvadeep Das is a multi-disciplinary artist who has been based in Finland since 2009. Das finished his Master of Arts degree in the Live Arts and Performance Studies Programme from Uniarts, Theatre Academy, in 2015 and holds various positions of trust within the artistic community in Helsinki, such as being board-member for Myymälä2 contemporary art gallery. He has performed in several live art events in Finland including LAPSody, for HIAP- Helsinki International Artist Programme, at gallery Augusta, and at Pixelache festival, Helsinki.

Working primarily in performance art, he seeks to combine notions of the body and material alongside music, visual art and “bodily writing” in his creative process. Das was a Taiteen edistämiskeskus working grant recipient in 2018, through which he worked on a project called « Log drum Communication ». The project is based on the ancient networking system used by indigenous people in Lapland, South-East Asia and in several other world cultures before the influence of industrial revolution. “Log Drum Communication” was an interactive community performance, where Das built and interacted with the device along with local communities in four different cities across Finland. 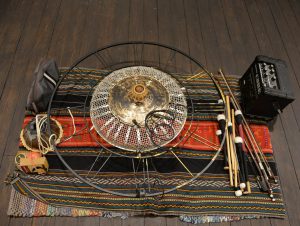 During his upcoming IA Residency at AR, Suvadeep will continue to delve into his interests in public anatomy – his artistic practice of concentrating on the nuances of public space where the observer becomes a participant. Public space is where the act of making and doing correlates with intervention, interaction, anticipation and a temporal sense of community. Suvadeep’s experience as a foreigner in Finland gave him the possibility of exploring this marginal area by questioning the existence of ‘the Other’ in the space of ‘An-Other’, as he puts it. 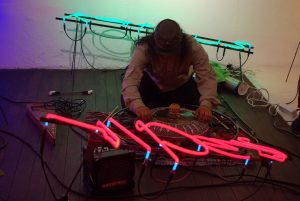 “The Other in the Space of An-Other” is the theme of his ongoing research, which he will continue during his AR-Residency. He articulates this notion as it relates to food culture, which involves artistry and performativity. The project anticipates and reciprocates the exchange of tastes and nourishment to construct bridges between cultures. Suvadeep also investigates how Visual Art and Music can “co-relate” through the lens of “The Other in the Space of An-Other”.

Suva’s projects’ key intentions are to find common ground, to weave together performance and visual art and to address current social, cultural and political issues which are trapped and perpetuated by border relations. 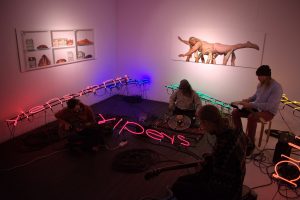 Suva’s residency at AR has already featured several performances using his self-built musical instrument « Time ». The next will be a performance at Myymälä2 Gallery in Helsinki in February 2021.

‘Multiple Ways of Time’ at Myymälä2

Suvadeep Das is an Immigré Artists (IA)-Resident hosted at AR-Safe Haven Helsinki. This residency is co-funded by Nordic Culture Point and the Helsingin kaupunki – Helsingfors stad – City of Helsinki Department of Culture and Leisure.

The AR and IA-Network is coordinated by the AR-Secretariat, co-funded by Koneen Säätiö –  Kone Foundation, and curated by Perpetuum Mobile – PM.