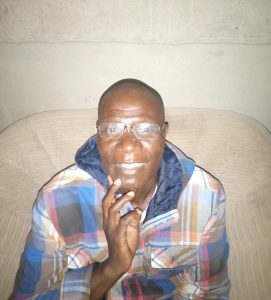 Collen Kajokoto (1973) is a Zimbabwean protest poet from Domboshava village, close to the capital Harare. His work depicts daily societal struggles, fears and hopes in his native Zimbabwe. His performance work integrates poetry and the Mbira, an ancient traditional « keyboard » carried in a calabash which is played in Zimbabwe by the Shona people.

Kajokoto started writing and performing around 1998. However, the political environment made it extremely difficult to publish his work. Many writers and publishers faced physical threats and publishing houses often declined to support books or other writings that risked being banned by the government. Despite these challenges, he was able to publish a few poems in periodicals and journals and perform at poetry venues and clubs. One such poem is Slain Farmer, which Kajokoto wrote in 2000 following the murder of White farmer Martin Olds by war veterans. The poem originally appeared in the Zimbabwean weekly Tribune, before being republished by ZimEye in 2020.

In March 2002, Kajokoto was arrested and tortured for protesting artistic censorship and political dictatorship. He fled Zimbabwe for Botswana at the end of 2002, before seeking asylum in South Africa. When his asylum request was rejected, he was deported back to Zimbabwe to face prosecution on charges of inciting public violence and denigrating the Office of the President. He was sentenced to seven years in prison without chance of parole or remission. The treatment Kajokoto endured in prison left him physically and mentally disabled upon his release in 2019. 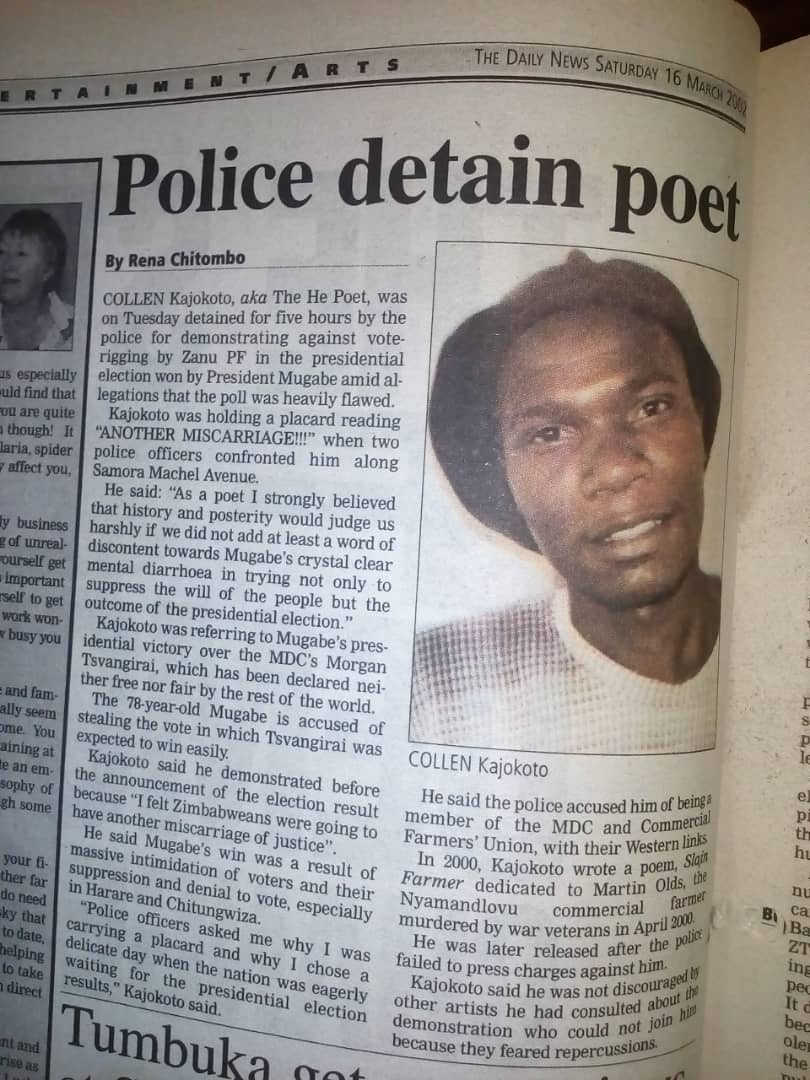 Since then, Kajokoto has released poems including Black Crocodile and God’s Secretary.  The latter poem saw him once again arrested and interrogated by the Zimbabwean authorities.

Kajototo and his daughter have been living at an undisclosed location with support from the Artists at Risk (AR)-Bridging Fund since December 2020. This fully-funded 6-month AR-Residency included support for medical, legal and school matters. Now, however, his AR-Residency has come to an end.

Help Collen Kajokoto and his daughter Ellen to stay safe from harassment!
If you can, please contribute to this GoFundMe campaign started by friends and colleagues.

Collen Kajokoto was an Artists at Risk (AR) Resident at an undisclosed location. The AR-Network is coordinated by the AR-Secretariat, co-funded by Koneen Säätiö –  Kone Foundation and curated by Perpetuum Mobile – PM. This AR-Residency was funded by the AR-Bridging fund.