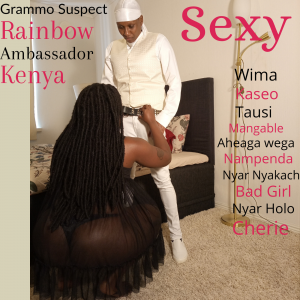 Artists at Risk (AR) extends our congratulations to AR-Resident Grammo Suspect — Rainbow Ambassador Kenya on the release of her third album, SEXY. The album features 10 tracks on the topic of love and romance. This album was inspired by the artist’s partner and fiancée, Timeka Suspect, who also produced all tracks on the album.

Grammo Suspect — Rainbow Ambassador Kenya is an Artists at Risk (AR)-Resident at the AR-Safe Haven Helsinki Residency. The programme is co-funded by the City of Helsinki Department of Culture and Leisure and ProtectDefenders.eu and coordinated by Perpetuum Mobile (PM) as part of the AR-Network.