Roma Durov, otherwise known as 9cyka, is a visual artist. Durov works closely with Pussy Riot, having designed clothes for and produced paintings with the group. 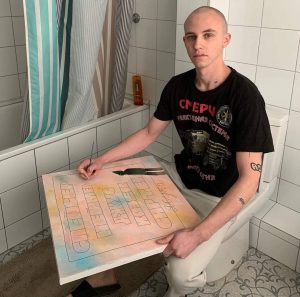 In 2021, Durov was caught up in the wider, ongoing crackdown against the punk-feminist group, and was  violently arrested alongside his partner, Pussy Riot member Nika Nikulshina in 2021. Together with Anya Kuzminykh and Sasha Sofeev, they recently fled Russia for Georgia, where Durov is currently a resident at Artists at Risk (AR)-Tbilisi at Untitled Gallery.

In 2019, Durov organised an exhibition dedicated to the preservation of the cultural heritage of the Russian village MOH. He collaborated with other artists to raise money for the restoration of the village’s architectural heritage. 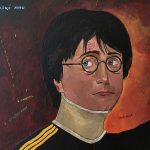 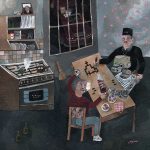 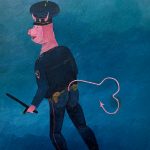 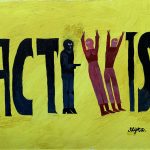 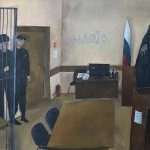 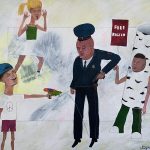 Durov is also linked to the Moscow-based art collective and activist clothing brand Kultrab. Together they designed a collection in support of the Andrey Rylkov Foundation, an organisation working with drug users to develop humane policies around drug use and addiction. 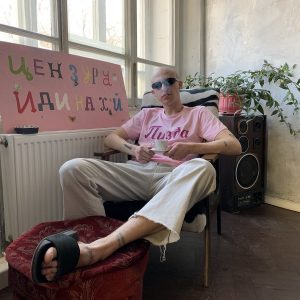 According to Calvert Journal, Durov’s art “captures contemporary Russia on a patchwork canvas, depicting the sordid and the silly side-by-side.” His artistic practice is imbued in equal measure with a profound social conscience and an irreverence to authority, depicting the abuses and neglects of Russia’s ruthless and authoritarian system “with the striking naivety of a child sticking out his tongue to those in charge.”