Artists at Risk (AR) is thrilled to announce that Fraeme at La Friche la Belle de Mai is joining Artists at Risk (AR) as the host institution for Artists at Risk(AR)-Marseille. La Friche is a large-scale art and cultural community complex that contains six major exhibition spaces, multiple music venues, a skatepark, a kindergarten, and 70 resident organisations in France’s Mediterranean metropolis.

AR-Marseille at La Friche la Belle de Mai hosted Moroccan mixed media artist, Nabila Halim, as its first resident from September to December 2021. Nabila was hosted by Fræme, a resident association of the Friche Belle de Mai, created in 2001, which seeks to create, develop and implement the production and dissemination of contemporary art.

The establishment of AR-Marseille stems from urgent conversations in the late summer of 2021 in response to the humanitarian and political crisis in Afghanistan. AR implements efforts by civil society groups and cultural institutions to mobilise in support of Afghan artists and human rights defenders that have found themselves at high risk immediately after the recapture of Afghanistan by the Taliban.

AR’s directors were keenly aware of the arbitrary closures by many European countries of evacuation lists for Afghan civilians at risk following the chaotic withdrawal of US and international armed forces from the country. France is an exception in this regard. To date, France has not closed its borders, and its cities, mayors, ministries, art institutions and festivals continue to open new access portals to safety for people having to flee Afghanistan.

This new partnership is a testament to the early leadership role that the city of Marseille’s cultural sector and local art institutions took in providing support and safe haven for our Afghan colleagues. This remarkable story was linked to an exhibition at the Mucem – Museum of European and Mediterranean Civilisations. At the instigation of Guilda Chahverdi, curator of the 2020 exhibition, “Kharmohra, L’Afghanistan au risque de l’art”, and backed by strong support from Julie Kretzschmar, director of Bancs Public, Jean-François Chougnet, president of the Mucem (who brought attention to the issue to the national level), La Friche, and a group of its member organisations, a collective commitment was made in the summer of 2021 to work together to provide a safe haven for Afghan artists.

Artists at Risk (AR) has been developing the AR-Resistance Residency, located close to Marseille, and looks forward to expanding and deepening this new sub-network in the Provence-Alpes-Côte d’Azur (PACA) region. 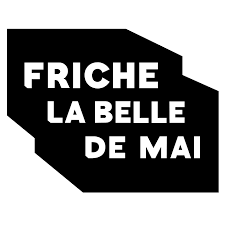 “La Friche is a political experience, a place of thought and action, renewing the relationship between art, territory and society. “

La Friche la Belle de Mai is a multifaceted cultural hub and public space that brings together artistic activity, modes of urban transformation, a connection to the region, and dynamic cooperation across its constituent groups. Since its founding in 1992, La Friche has operated as a workspace and umbrella organisation for over 70 resident organisations, hosting hundreds of artists and year-round artistic events and exhibitions available to the public. 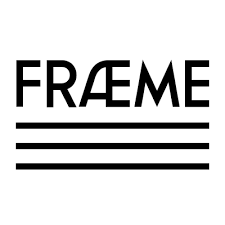 Fræme is a resident association of the Friche Belle de Mai since 2001. The association creates, develops and implements the production and dissemination of contemporary art, including the commissioning and production of works, events, exhibitions, residency programs, publications, media design, workshops and mediation courses,  Encounters between artists and the public focus on projects in which artistic creation is part of an array of individual and collective expressions.