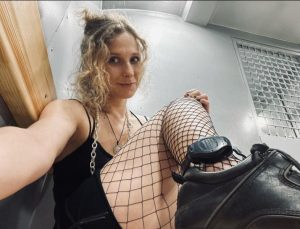 Maria (Masha) Alekhina is a Russian artist, writer, political activist and founding member of the famed punk band Pussy Riot. Masha was imprisoned for two years in response to Pussy Riot’s 2012 ‘punk prayer’, Virgin Mary, banish Putin and recognized as a political prisoner by Amnesty International. In 2017, Masha published Riot Days (Penguin Books UK) which was received to great acclaim. The book was based on Pussy Riot’s punk prayer and subsequent experience in the labyrinthine Russian penal system. A punk manifesto for freedom, it has since been translated into eight languages.

Shortly after her release in December 2013, Masha and fellow Pussy Riot member Nadya Tolokonnikova announced the creation of Mediazona, an independent news service and media outlet. Mediazona is a censorship-free independent Russian media agency focused on law enforcement issues such as prison conditions and the prosecution of political activists. Pussy Riot activists continue to advocate for broader prison reforms in Russia and provide legal and other forms of assistance to those in the Russian prison system. 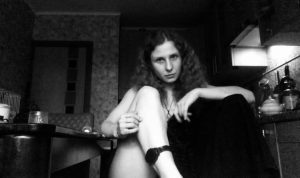 Masha was arrested in January 2021 for a tweet promoting protests in support of jailed Kremlin critic, Alexei Navalny, which the authorities had forbidden on ‘sanitary’ grounds (Covid-19). In what has come to be known as the Sanitary Case, Moscow’s Tverskoy District Court issued an order of pre-trial detention under house arrest on January 29, 2021. This was later renewed by the Basmanny District Court on March 18, again by the Moscow City Court on April 8, and finally extended on June 16 for another 6 months. Then, on June 22 Alekhina was sentenced to 15-day ‘administrative detention’ in a closed prison. On release, she was rearrested outside the prison gates, and given another 15 days administrative detention. Today, Masha has been sentenced to one year of ‘restricted freedom’ – a complicated regime restricting her daily sorties, her online communications, travel and other activities, clearly designed to avoid the term ‘house arrest’ – on 10 September, 2021.

“In response to this Russian game of names, and in solidarity with her cause, Artists at Risk (AR) has designated Maria Alekhina our first Artists at Risk-Resident Prisoner”, said AR co-founder and director Ivor Stodolsky.

With the title of ‘AR-Resident Prisoner’, Artists at Risk (AR) launches a new format. Just as human rights activists who are unable to attend events in person are accorded a symbolic ‘empty chair’ to mark their absence, the term ‘AR-Resident Prisoner’ designates a ‘full prison cell’. Such resident-prisoners cannot be hosted at one of AR’s 20 physical residency-locations around the world. The prison-cell itself is the locus of their artist-in-residency.