Aleksey Yudnikov was born and raised in Ukraine, but made his name as an actor in Moscow – at the famed oppositional Teatr.doc among others. In more ways than one, Yudnikov follows in the footsteps of his compatriot Nikolay Gogol, the Ukraine-born literary giant who made his fame in the capital of the Russian empire of the 19th century.

Expect a performance inspired and as incisive as the “The Nose” by Nikolay Gogol – which serves as its inspiration and model – in which the lowly official Major Kovalev wakes up one morning to find his nose has made itself independent of his face, and established itself as an official of high rank.

His out-of-control manhood has gained independence, attached itself to a Russian “Gopnik” in sweatpants and an alcoholic’s tank-top with a gold chain.. This horrific thug postures in a squat, threatening the whole world with nuclear war… 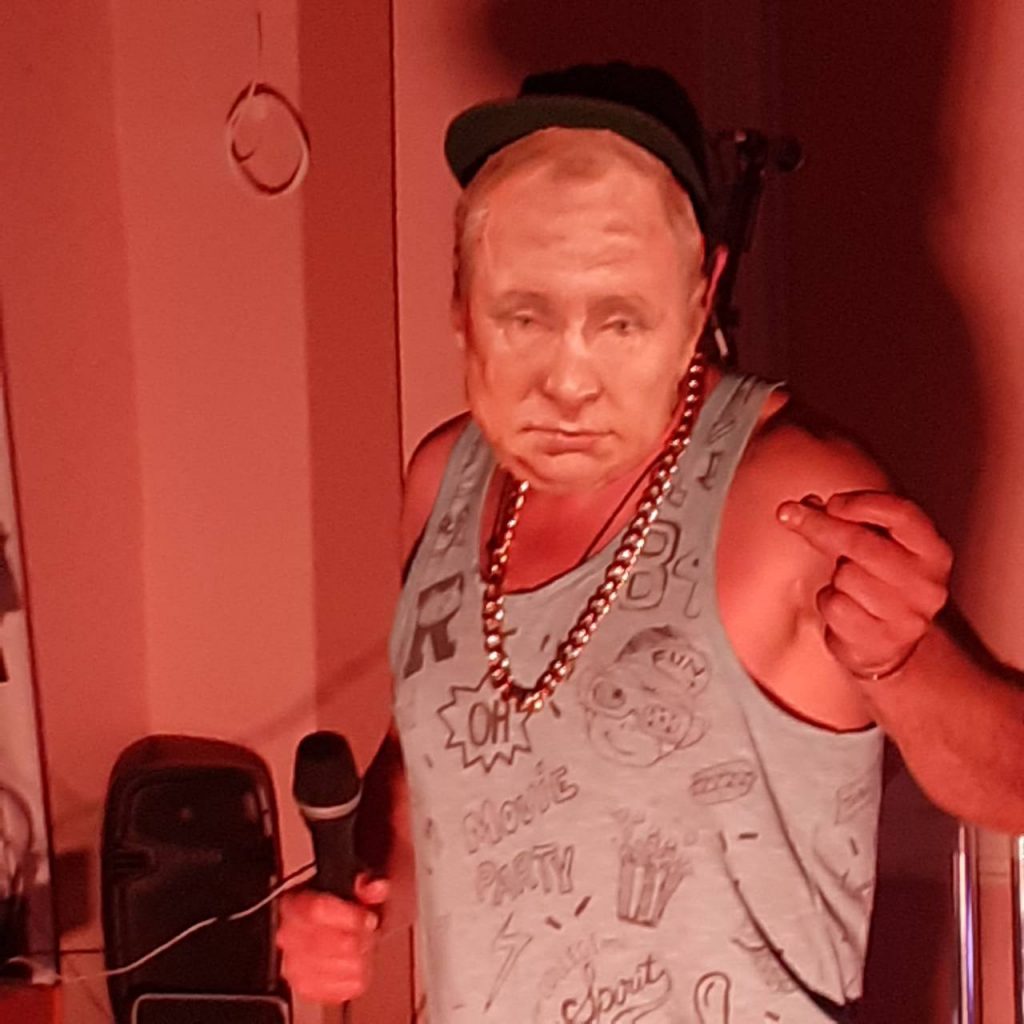 Aleksey Yudnikov is an Artists at Risk (AR) Resident at AR-Safe Haven Helsinki, after escaping Russia in late March, 2022.