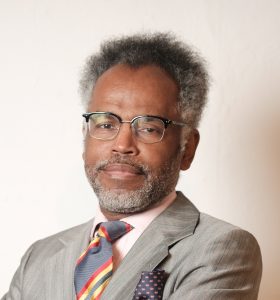 Ramiro Camelo is an independent curator and project manager based in Helsinki, Finland, working primarily with the artist-run gallery, Myymälä2 in Helsinki. He obtained a Master’s degree in Curating Contemporary Art at the Royal College of Art, London, United Kingdom.

Camelo is the project manager of Myymälä2 Baltic Fellowship Network, a curatorial research programme whose aim is to potentiate collaboration, foster partnerships, and facilitate artistic collaboration with art institutions, exhibition spaces, individuals and counterparts in Estonia, Latvia and Lithuania. In addition to his work as a curator at Myymälä2, he is also a supporting curator at HIAP for the summer of 2022.

Camelo’s previous curatorial projects include “Quantum Critic” (2020), a collaboration between the Masters School of St. Petersburg & Myymälä2, Helsinki, for which he was co-curator, “Of modest Conditions, part 2” (2020) at Myymälä2, Helsinki, “Sugarry Wonderryy” (2018) at Kallio Stage, Helsinki, “Travesía” (2016) at Sala Alterna, Uniandinos, Bogota, “Off Axis Colombia” (2015) at Justmad 6, COAM, Madrid, “Paradise Stacion” (2008) at the Stacion Center for Contemporary Art, Pristina, “Of this tale, I cannot guarantee a single word” (2008) at the Royal College of Art Gallery, London, which he co-curated, and “Somatofilia Express” (1999) at the Galeria Santafe, Bogota.

He has also been a guest lecturer at Stacion, the Center for Contemporary Art in Prishtina, the Los Andes University in Bogota and the Superior Academy of Arts of Bogotá, and has delivered speeches for numerous events, including the 2016 International Biennial of Performance (PerfoARTNet) in Bogota, 404 Festival 2016 Edition in Bogota, and Globe Art Point’s HELPDESK 2018 in Helsinki.

In his capacity as an Artists at Risk (AR)-Peer Curator, Camelo is supporting AR-Saastamoinen Residents Anastasia Pustovarova and Anastasiia Kolibaba, helping to facilitate their artistic activities and assimilation to the Helsinki and Finnish arts scene.