An ARTISTS at RISK (AR) Series 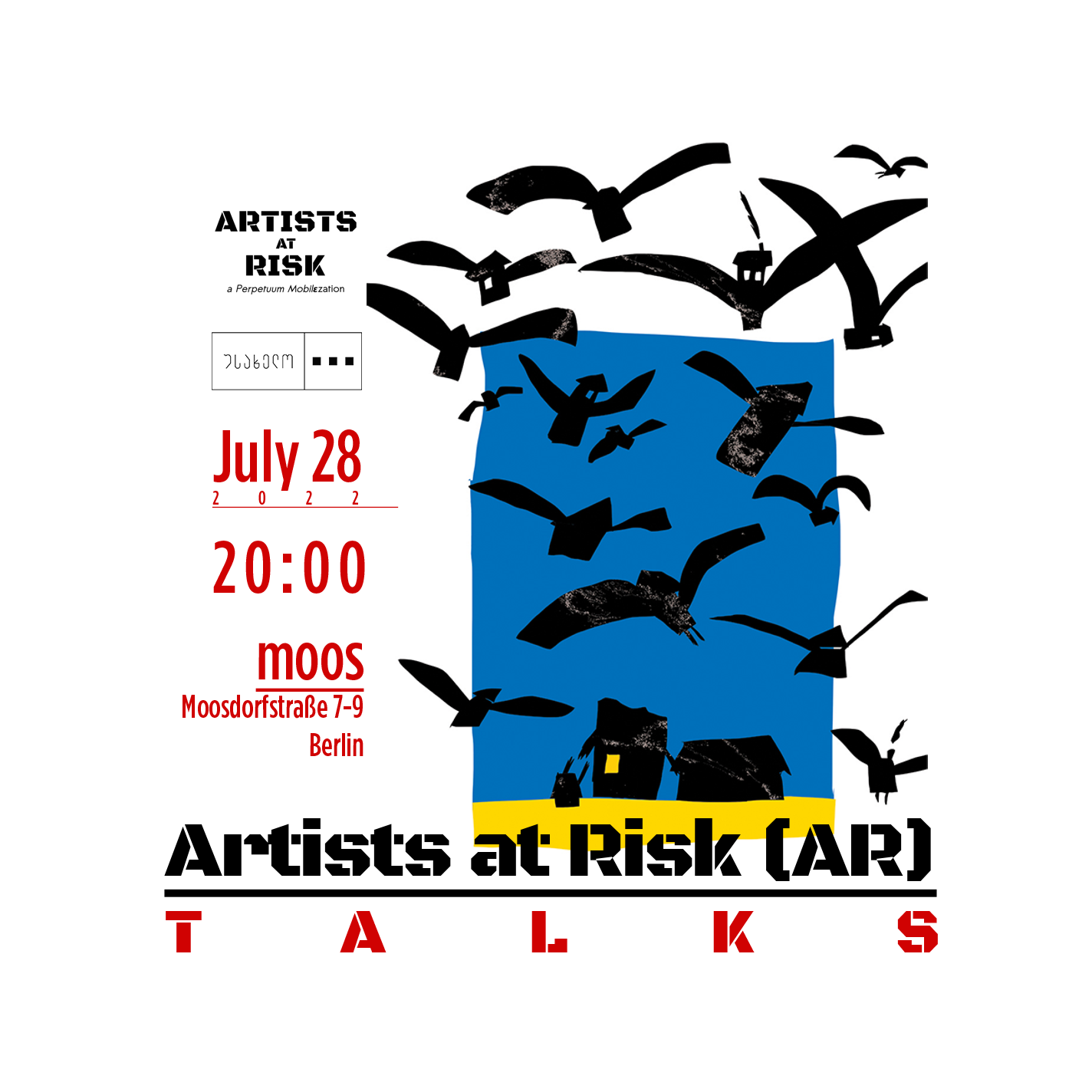 Artists at Risk (AR) is pleased to announce the new decentralised series of AR TALKS, a programme which introduces to a wider audience artists, curators, and cultural professionals hosted by AR-Residences, or affiliated with the Artists at Risk (AR) Network. It follows in the footsteps of our longstanding MOBILE Talks series.

This summer, the programme will slowly pick up in Berlin where every Thursday, we will gather to discuss the risks and challenges art practitioners at risk face in our troubled times.

In the first AR TALK on Thursday July 28, Tania Rodionova will discuss her work as a translator of poetry and texts about war, and the predicament of artists living under the harsh conditions of the Russian invasion of Ukraine. A poet in her own right, Rodionova will also read poetry about the war by Ukrainian artists in her own English translations.

The event is kindly hosted in cooperation with Moos, an urban village for culture-makers,  innovators and activists dedicated to change, transformation, and healing. The space situated near Treptower Park collects a number of organisations, including for example, Seawatch.We still do not know what it is, but there are beings who work here, think, live, hang out, let go, be spontaneous, drink coffee, develop projects and so on. Maybe we’ll come up with more about « What we are, what we do » in the future – just drop by and make your own picture!!!

The following AR TALK will also take place at Moos on Thursday, August 4. AR TALKS will and then move to Floating University Berlin, where it will take place on August 11 and the following Thursdays.

The programme of these initial AR TALKS is conceived and moderated by Giorgi Rodionov, an artist and curator, and co-founder of Artists at Risk (AR)-Tbilisi at the Untitled Gallery.

Tania Rodionova is an Ukraine-based translator, poet and cultural manager. She is the initiator of the VERBatsiya translation group and the director of the TRANSLATORIUM Literary and Translation Festival. Earlier, she worked as part of the curatorial team in the International Book Arsenal Festival (Kyiv, Ukraine).

Poster with images by Maryna Diachenko