Ilya Dolgov (1984) is a Russian artist, indoor gardener and UI/UX designer previously based in Saint Petersburg, Russia. He is currently an AR-Resident at AR-TUO TUO in Joutsa, Finland, after escaping Russia following the Russian government’s crackdown on dissidents who opposed the war waged on Ukraine. 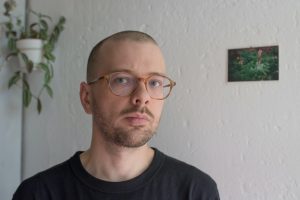 Ilya Dolgov, courtesy of the artist

Dolgov’s practices and projects are oriented toward finding/ growing new ways of developing relationships with nature, working primarily with text, graphic, installation, and video media. His works have been displayed at various group and personal exhibitions at museums and galleries in Russia, Germany, the United Kingdom, and Norway. Most recently, in 2021, Dolgov participated in a group performance and visual installation at the Bauhaus Museum Dessau in cooperation with the Anhalt University of Applied Sciences and Tretjakov Gallery Moscow.

His works have received much critical acclaim, having been nominated and awarded by numerous international art institutions. He was awarded with the Innovation 2012 Russian state award in the sphere of contemporary art, where he was also nominated for Best Regional Project. In 2013, Dolgov was the recipient of a grant program awarded by the Garage Museum of Contemporary Art. He also received the Prize for Young Artists in 2016 from Credit Suisse and the Cosmoscow Foundation for Contemporary Art. In 2013 and 2015, Dolgov was nominated for the Kandinsky Prize for contemporary art by Deutsche Bank and the Art Chronika Culture Foundation. 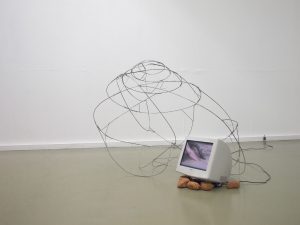 Installation view, courtesy of the artist

Installation view, courtesy of the artist

Dolgov’s works are in private Russian and foreign collections, the collections of the Moscow Museum of Modern Art, the Voronezh Regional Literary Museum. The artist’s texts were published in the Magazine Garage Russia and Art Journal. Dolgov is represented by XL Gallery, Moscow, Russia.

Ilya Dolgov is an Artists at Risk (AR) Resident at AR-Joutsa at TUO TUO in Joutsa, Finland. The AR-Network is curated by Perpetuum Mobile (PM) and is coordinated by the AR-Secretariat, co-funded by SAC – Artistic Freedom Programme and Ministry of Foreign Affair Finland, Centre for Peace mediation.  AR-Joutsa is funded by the EU Creative Europe project Artists at Risk (AR) – A European Network of Safe Havens (AR-ENSH).