Artists at Risk (AR) at Pause/Play: Culture Under Pressure in Tbilisi, Georgia 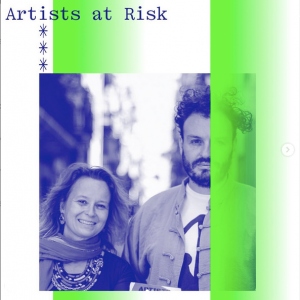 Artists at Risk (AR) at Pause/Play: Culture Under Pressure in Tbilisi, Georgia

Pause/Play: Culture was aimed at integrating art and digital professionals who have currently relocated to Germany, Poland and Georgia due to the Russian invasion of Ukraine and political repressions in Belarus.

The project took place in Georgia’s capital, Tbilisi, due to the increase of a significant wave of immigration, from repressive political regimes. The diametric identity of Tbilisi, juxtaposed between Soviet history and ongoing Europeanisation, and hosting diverse art and cultural initiatives, provided a fitting environment for international exchange in a time of conflict and political pressure.