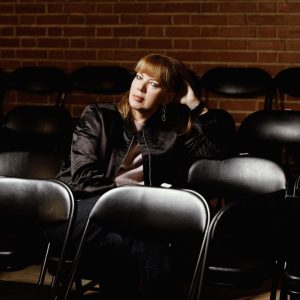 Sasha Denisova is a Ukrainian playwright, director, novelist and screenwriter.

Denisova graduated from the Faculty of Philology at Kyiv Shevchenko University and from the Moscow Art Theatre School and Moscow Meyerhold Centre. She also studied dramaturgy at the Royal Court Theatre’s workshop and has created more than 25 performances, the majority in Moscow, Russia, but also in Germany (Schaubühne), Poland (TR Warsaw) and Mexico (Babel Theatre).

Denisova has worked with documentary theatre since 2009. During this time, she has written over 30 documentary plays. She has been an intern at the British Theatre Royal Court and at the Edinburgh Theatre Festival.

Since 2010, Denisova has been a playwright and director at the famous Teatr.doc in Moscow. As an experimenter who combines documentary theatre with phantasmagoria and the grotesque, Denisova authored and directed performances including the play Light My Fire, winner of the Golden Mask-2012, about the generation of Soviet children who wanted to become Jim Morrison. She also wrote and directed the play Hotel California (2016 at the Meyerhold Centre), which explored the 1967–69 protests against the Vietnam War in the USA and, in particular, the hippie campaign against the Pentagon. Denisova also wrote and directed the play Harry on Fire (2020), where the aged heroes of the Potteriana find themselves in Putin’s totalitarian state and plan to change it with magic.

Denisova has taught in the Director’s Master Programme at the Meyerhold Centre, curated by Viktor Ryzhakov, as well as screenplay techniques at the Moscow School of New Cinema.

After the outbreak of the war in Ukraine on 24 February 2022, Denisova fled from Russia to Warsaw. In Poland, she made the documentary performance Six Ribs of Anger (“Шість ребер гніву” / “Sześć żeber gniewu”), a unique Polish-Ukrainian project about the war and the life of refugees, depicted through the lives of five Ukrainian women from Mariupol, Bucha, Kyiv, Chernigov and Dnipro with Ukrainian actors, including AR-ENSH Resident Aleksey Yudnikov.

The AR-Barcelona residencies have been developed by No Callarem and Artists at Risk (AR) in close cooperation and with the support of ICUB, Barcelona municipality, Fabra I Coats, CCCB, and with the collaborative synergy of CCAR. 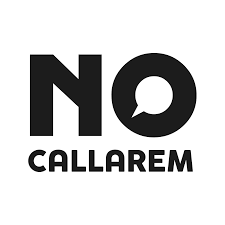