“I, Yaryna Kvitka, a participant in the residency at Queen’s Hall in Hexham, would like to thank Artist at Risk and UNESCO for the opportunity to interact with other artists in the UK. We arrived at the residence in the UK on June 12. We were very well received and Queen’s Hall provided a workroom.

There I created my new paintings and drawing. Now I am actively interacting with local artists and we are planning to do an exhibition here in Hexham. As a musician in the Folknery band, we created a studio and rehearsal base right in the house where we live. The house was also provided to us by local residents, with whom Katy from Queen’s Hall had previously arranged things. On July 27, 2022, we played our first concert at Queen’s Hall.

After that, we started receiving various proposals for cooperation. In particular, Katy from Queen’s Hall introduced us to Mathieu Geffre, artistic director of Rendez-Vous dance. At the beginning of September, Mathieu and my band Folknery did a presentation for his upcoming play in Newcastle. The idea of ​​the performance is to support Ukraine. It is a nice collaboration between my band Folknery and the dancers of Mathieu’s Rendez-Vous dance. That is, we have started a new interaction with artists and it has already gone beyond the borders of Hexham.

On July 30, we played a concert at the famous WOMAD festival. After that, we received several interesting offers. In particular, we are negotiating a future performance in the city of Leeds. Also, BBC radio interviewed us and offered to create a joint project: a radio program about Ukrainian music and possibly a musical program with a British orchestra. We are currently negotiating.

A lot of people from Hexham, artists in particular, got to know us through our residency at Queen’s Hall. And on September 3, together with the locals, we organized a small festival “Ukraine at heART“, where workshops, film screenings, a fair where crafts were sold, and an exhibition took place. We also taught locals to dance traditional Ukrainian dances.

After completing the residency on September 12, we received favorable reviews and permission to continue working in the workroom at Queen’s Hall. Also in Queen’s Hall we plan to present our other project “Two-wheeled Chronicles” – around the world by bicycle. Today, the school where my son studies learned about our project and offered to make a presentation and show a video of the trips for school students in November.

In general, we are getting a little rooted here and establishing more and more working relationships with local artists.

We are currently developing two projects: the first concert-performance “Malanka” – January, Queen’s Hall and an exhibition of artists from Ukraine and Britain.”

A song written by 5-year-old Marko & Volodymyr (Yaryna’s son and a husband): 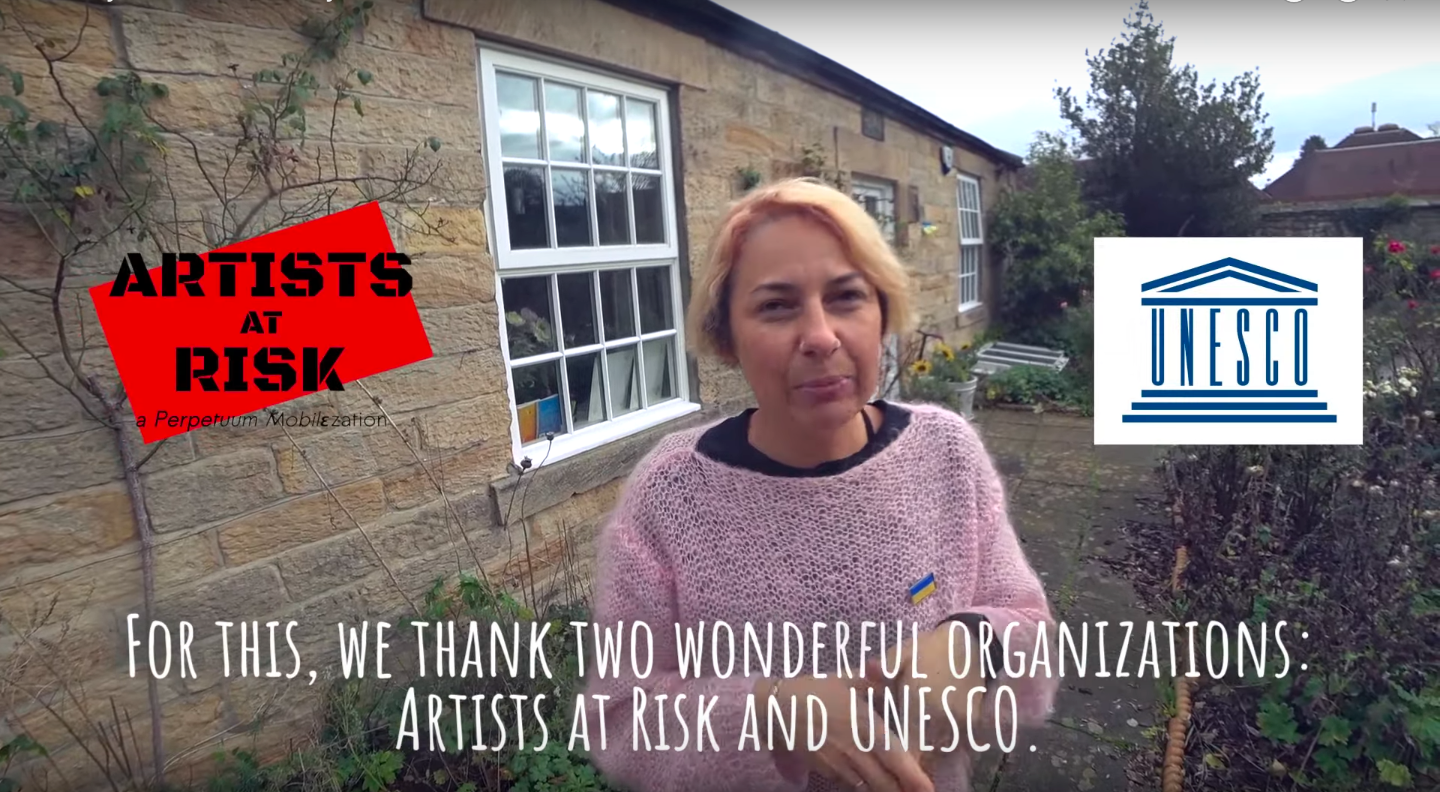 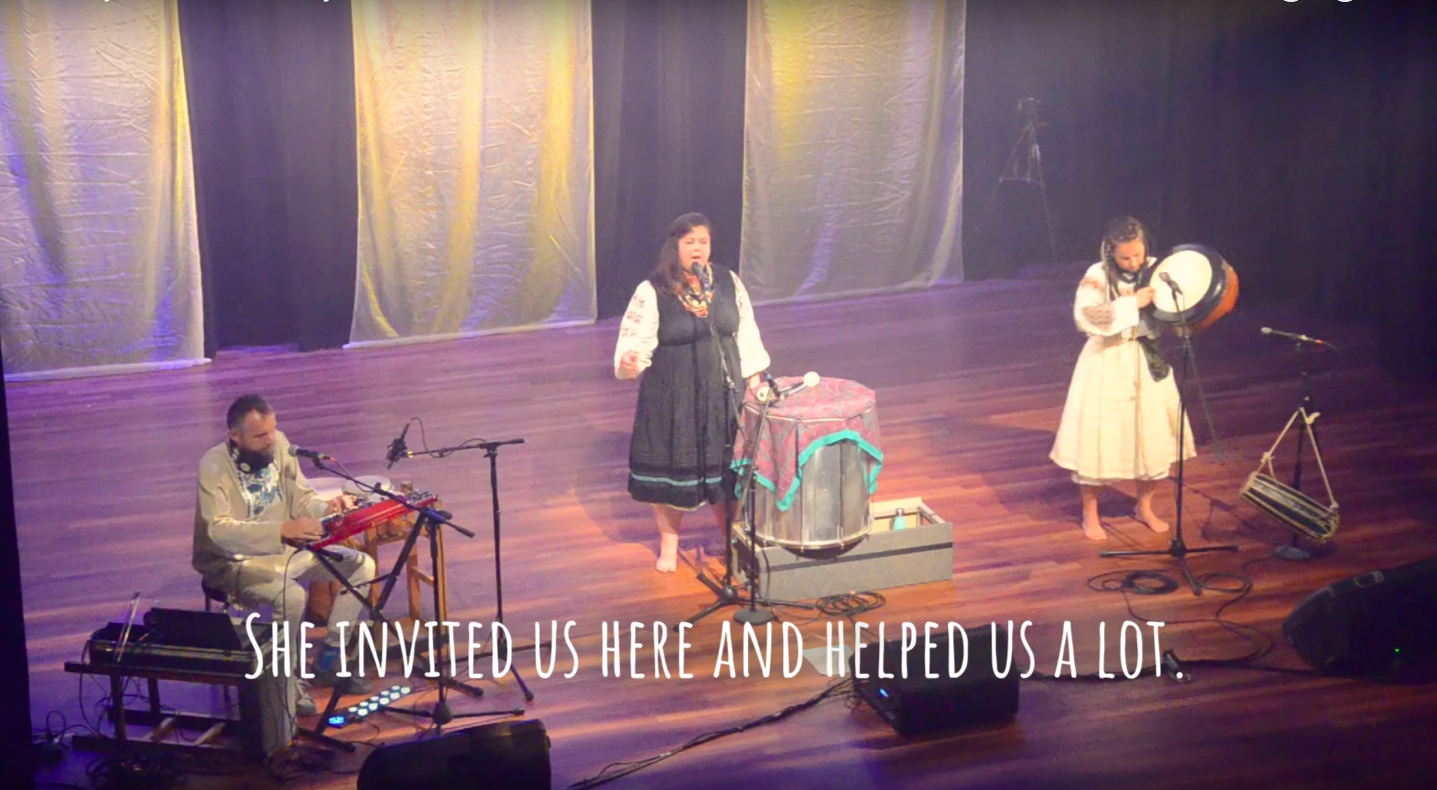 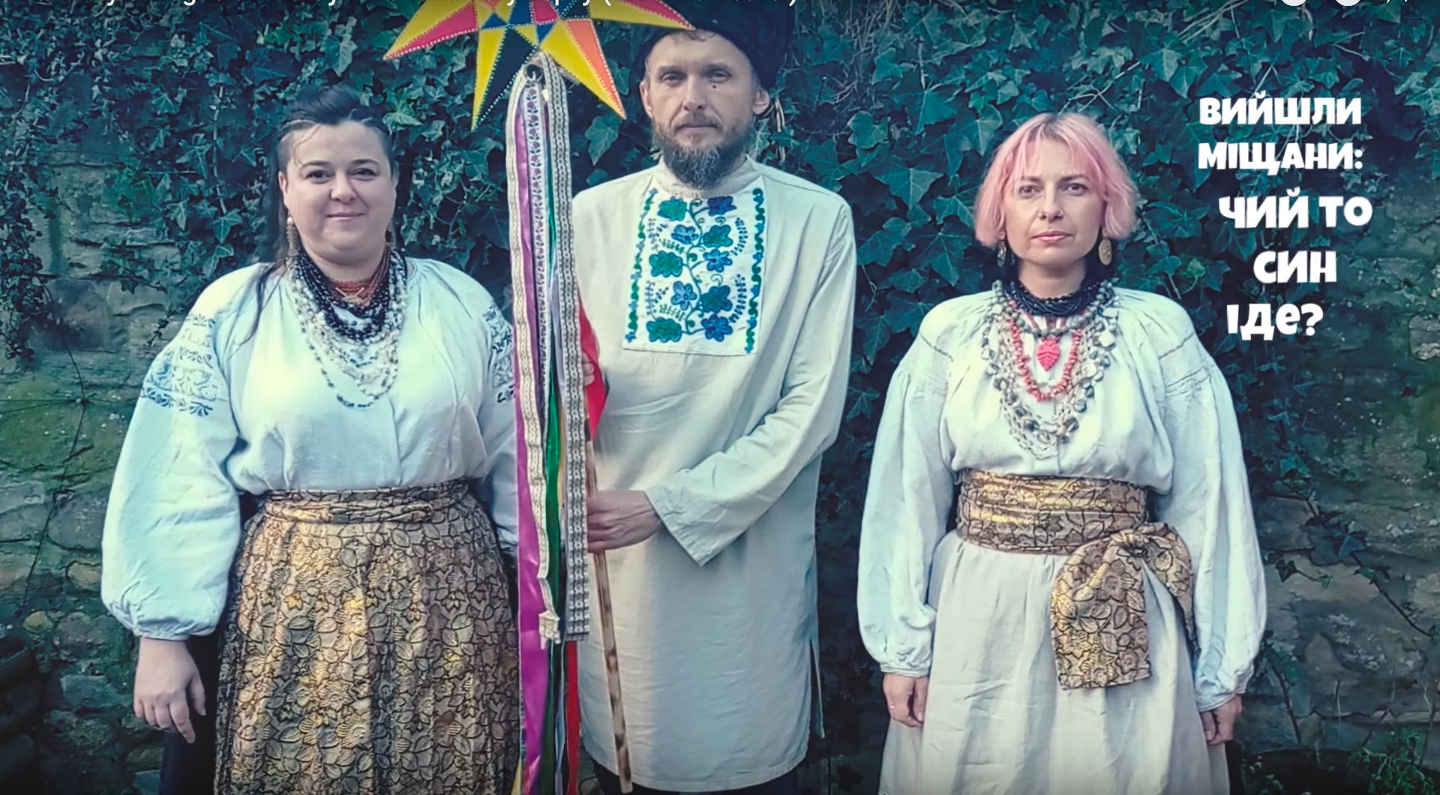 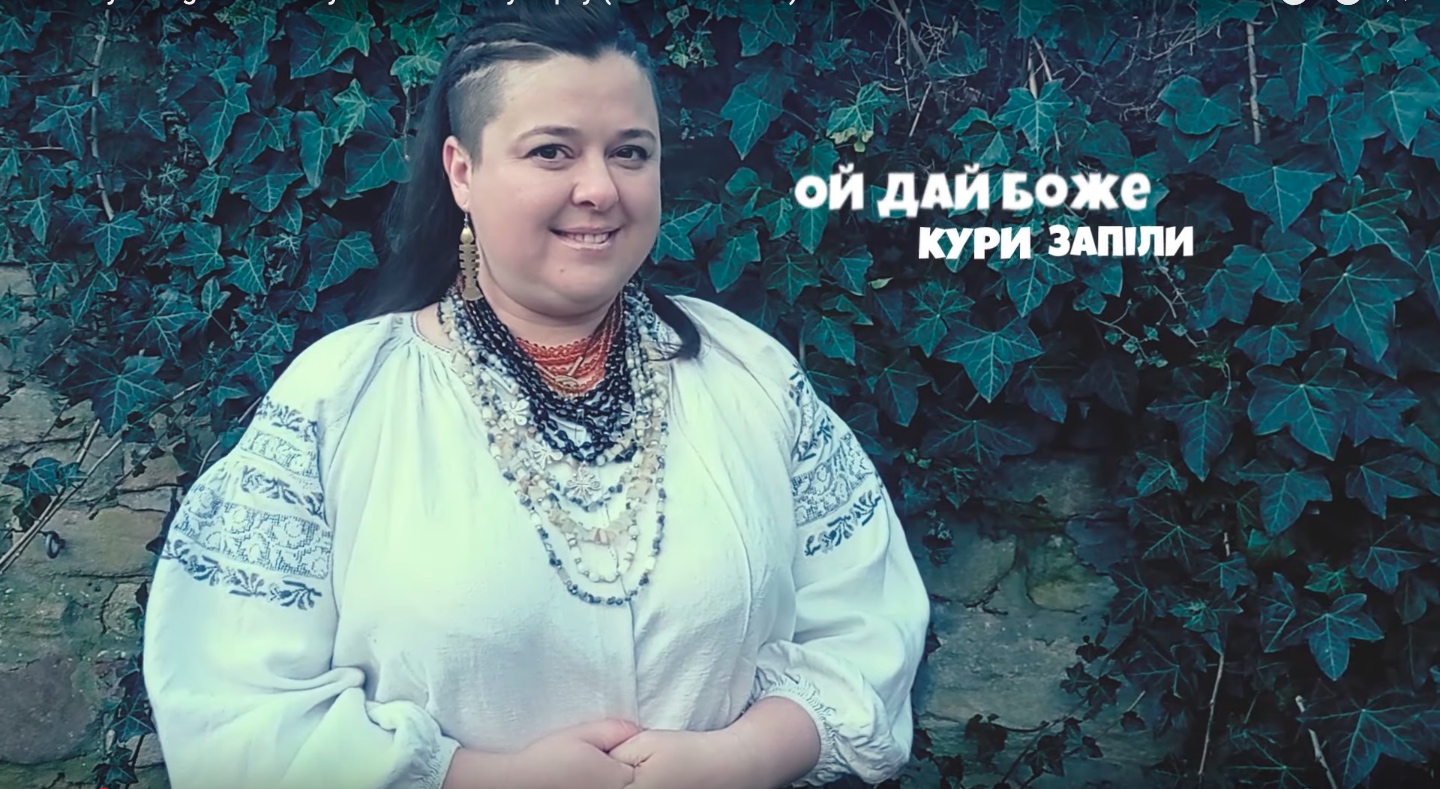 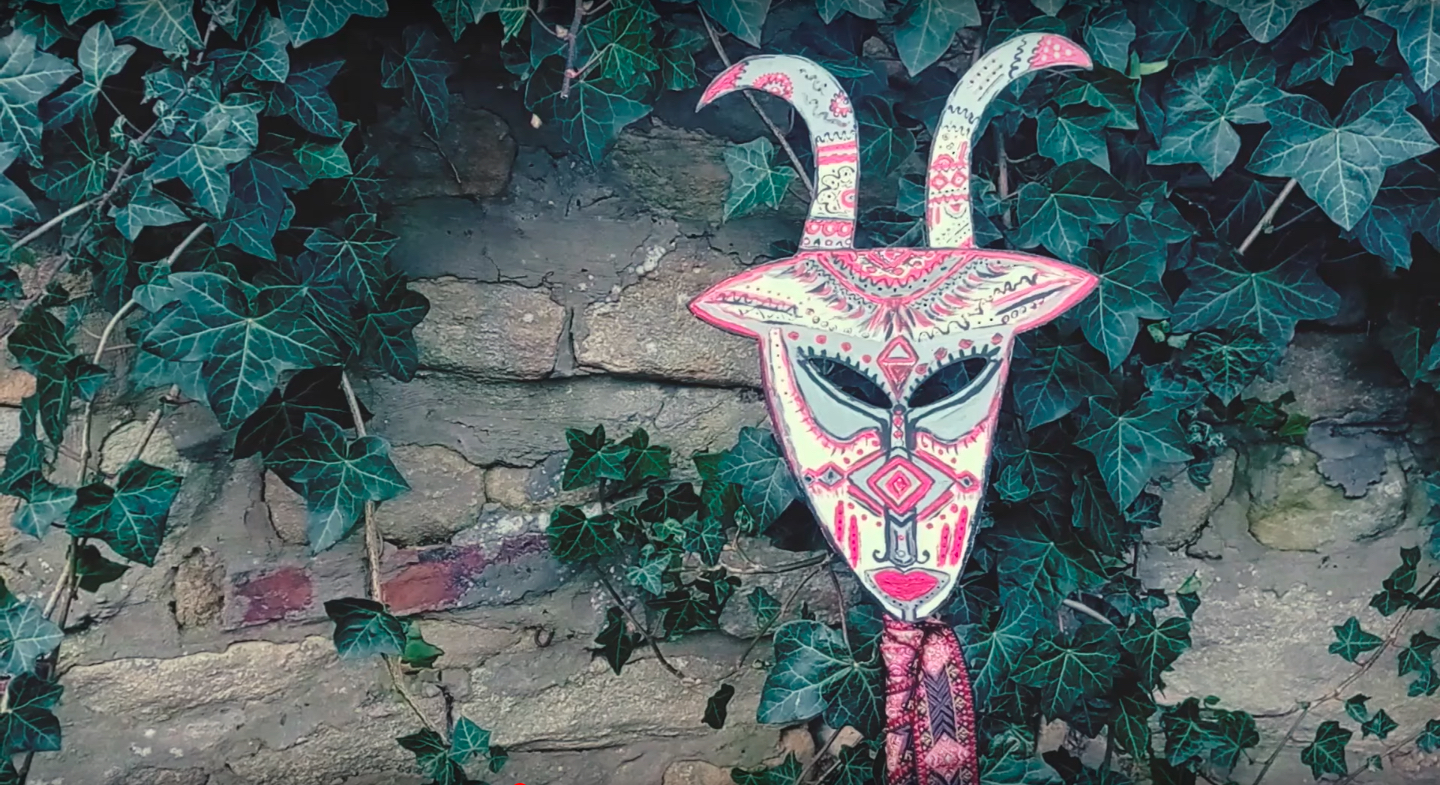 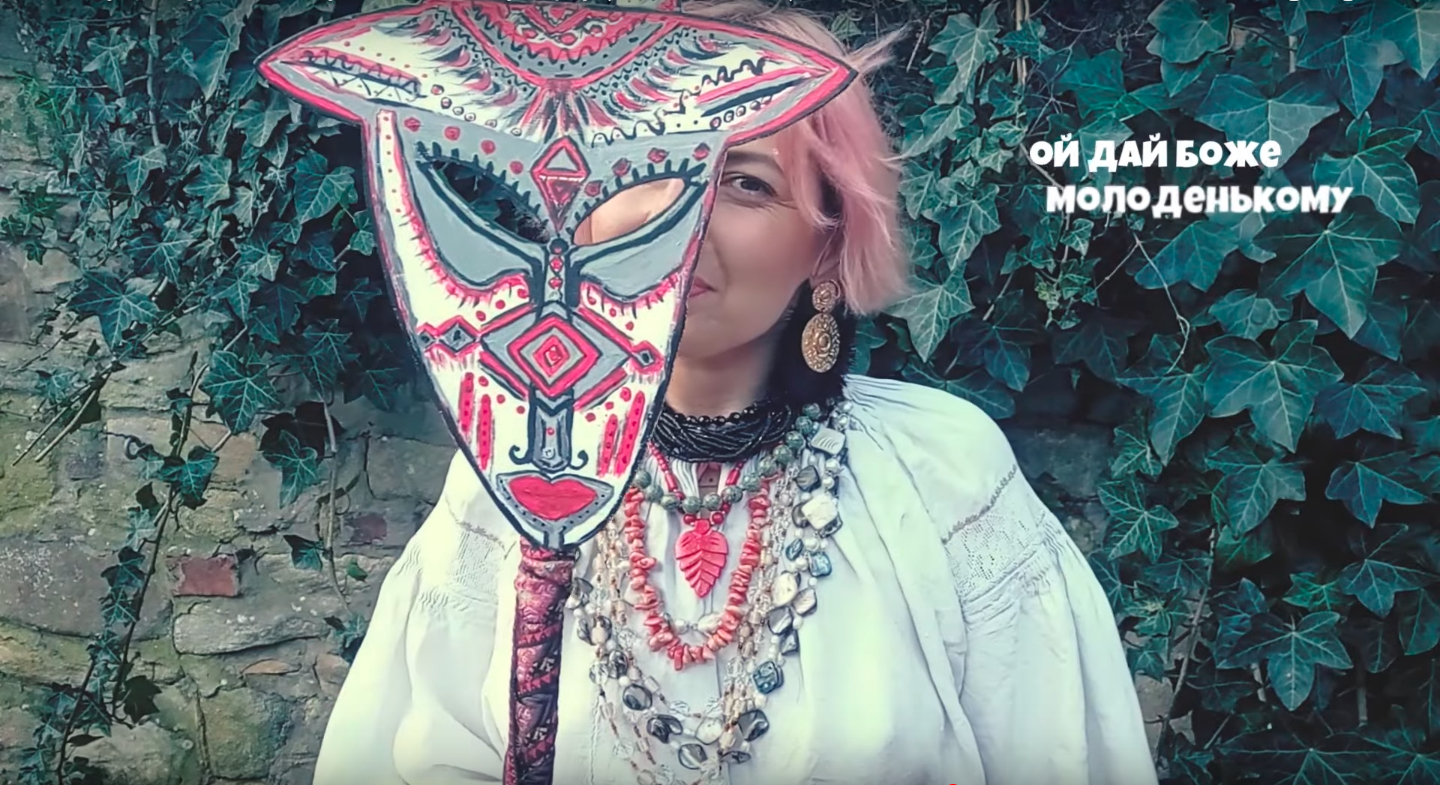