We are very pleased to announce that Tito Valery will continue his residency with Artists at Risk at the AR-Safe Haven Helsinki.

Tito Valery is being hosted at AR-Safe Haven Helsinki from the 25 August to 11 November 2018. During his previous AR-Residency at  Wysing Arts Centre near Cambridge, UK, Tito took part in events at Tate Modern and exhibited in the studio of Yinka Shonibare.

Based out of Helsinki, Tito’s work will be exhibited and performed at the AR-Pavilion Berlin: mutatis mutandis, and other upcoming Artists at Risk (AR) and Perpetuum Mobile (PM) projects.

Welcome Tito! Here some pictures from the first days in Helsinki: 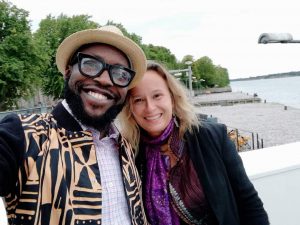 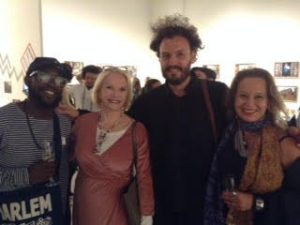 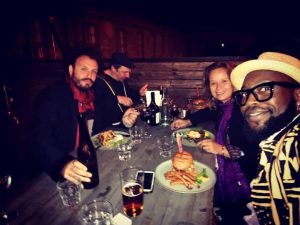 AR-Safe Haven Helsinki is curated by Artists at Risk (AR)/Perpetuum Mobile(PM) and co-hosted by PM and HIAP – Helsinki International Artists Programme on Suomenlinna. It is funded by the City of Helsinki, Culture and Leisure Division.