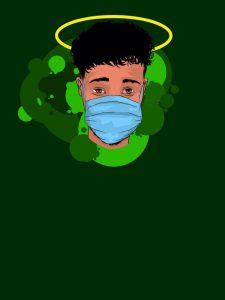 Lil Baliil hopes that his song will get the urgent message across. “My fans listen to me,” he says, “and will do the right thing for their families.”

In Africa, infections are lower than in most other continents, thought partly to be due to the continent’s experience from past epidemics such as Ebola, imposing lockdown early and the youth of the population. However, there are concerns about the lack of coronavirus test supplies as the lockdown begins to be lifted and the impact on Africa’s medical capacity if the virus is not contained. The World Health Organization has warned that the Covid-19 pandemic could kill 190,000 and is likely to “smoulder” in Africa for several years.