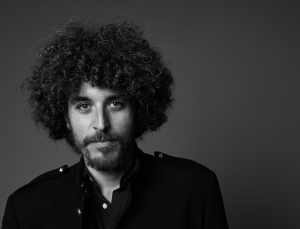 Club Tenco – Premio Tenco is a cultural association founded in Sanremo, Italy, in 1972 by Amilcare Rambladi and dedicated to the promotion and diffusion of songwriting. Since then, the Club has organized a yearly festival consisting of a week of concerts, meetings, dialogues and presentations of artistic projects. Among the international artists who have received the Tenco prize are Léo Ferré, Pablo Milanés, Atahualpa Yupanqui, Tom Waits, Laurie Anderson and many more. In 2020, Club Tenco decided to establish the Grup Yorum award, dedicated to the Turkish band by the same name,three of whose members died after long hunger strikes protesting censorship and repression under the Erdogan regime. The award is dedicated to artists who fight for human rights and stand up against dictatorships worldwide with their music and songs. Ramy Essam was the first artist to receive the Grup Yorum award.