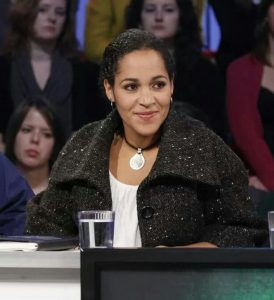 Carminda Mac Lorin is the founder-president of the international nonprofit organization Katalizo and was one of the coordinators of the World Social Forum (WSF) 2016 in Montreal. She is also a member of WSF’s International Council (IC).Building creative online and in person spaces of citizen empowerment has been her main focus since 2011. She has realised this through numerous workshops, mentoring processes and participatory events. Occupy Montreal, VIA22, and Global Square are among the many transnational grassroots spaces Carminda has been involved in. Carminda recently completed her Ph.D. in Applied Human Sciences, based on activist research on Transnational Spaces of Mobilization.

This year marks the 20th anniversary of the World Social Forum (WSF) which first took place in Porto Alegre in 2001. Carminda Mac Lorin is a prominent figure in the younger generation of the World Social Forum (WSF) movement. WSF 2021 will take place virtually from the 25th to the 30th of January 2021. Organisations, activists and social movements will join together for this WSF event: “we will enable wide and deep debates on the overlapping crises of capitalism and we will stimulate the articulation of political responses and the programming of global actions; We will also have the opportunity to once again confront the World Economic Forum in Davos.”