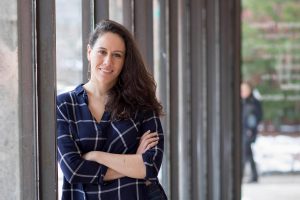 Taibi Magar is an Egyptian American director and storyteller interested in the intersection of the political and the personal. She directed the original production of We Live In Cairo for American Repertory Theater (A.R.T.) and is a co-conceiver of the album Flap My Wings: Songs from We Live In Cairo. She is a graduate of Brown University, MFA Directing Program. Her New York Credits include Help (The Shed), Is God Is (Soho Rep), Underground Railroad Game (Ars Nova). URG received a world tour through Hamburg, Melbourne, Edinburgh and London, amongst others. Regionally she has directed at The Guthrie, The Alley, Seattle Rep, Woolly Mammoth, and many others.