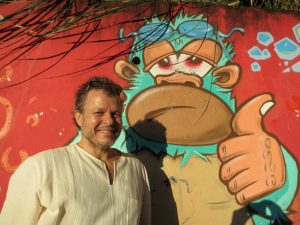 Teivo Teivainen is Professor of World Politics at the University of Helsinki, and is a founding member of the World Social Forum. He was previously Head of the Political Science Department and Research Director of the Center of Excellence on Global Governance. He is a recipient of numerous awards including the American Sociological Association’s Hopkins Award for his book Enter Economism, Exit Politics (Zed Books, 2002), the Amartya Sen Prize of Yale University for the article, coauthored with Matti Ylönen, Politics of Intra-firm Trade (New Political Economy, 2018), the Academy of Finland Recognition Award, the JV Snellman Public Information Award, and the Ovet Award for advancing knowledge about Russia in Finland.

He regularly appears on TV and radio, and has been interviewed in newspapers and journals across the world. He has also worked as a consultant for various international organizations, consulting companies, trade unions, social movements and governments.