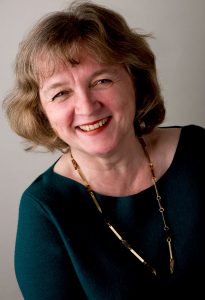 Sara Whyatt is a campaigner and researcher on freedom of expression, specifically artistic freedom. She headed PEN International’s freedom of expression programme for over 20 years and was previously a campaigner and researcher at the Asia Research Department of Amnesty International’s International Secretariat. She left PEN in 2013 to take up freelance consultancy. Her recent projects include: providing a mapping of the artistic freedom landscape for the Swedish Arts Council; co-designing and facilitating a training program on freedom of artistic expression and the UNESCO 2005 Convention in Accra, Ghana, and editing and facilitating PEN International’s annual reports on writers at risk.

She has written numerous articles on freedom of artistic expression and is the author of Promoting Freedom to Imagine and Create in UNESCO’s 2018 Global Report on the Convention on the Diversity of Cultural Expressions. She is a member of the EU/UNESCO Expert Facility for the 2005 Convention on the Promotion and Protection of Cultural Expressions and in 2019 joined Columbia University Global Freedom of Expression experts. She is also a member of the International Arts Rights Advisors network. She holds an MA in Cultural Policy, Relations and Diplomacy from Goldsmiths University in London.