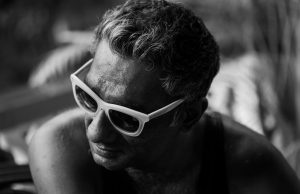 “Q” is an independent artist from India who has written, produced and directed award winning films and visual media such as the web series Taranath Tantrik (2019) and Gandu (2010). He pioneered digital and DSLR filmmaking, and has worked with form as well as rapped with musicians across the world. His work is ‘in your face’ political, confrontational and anarchic. He views it as a joke.