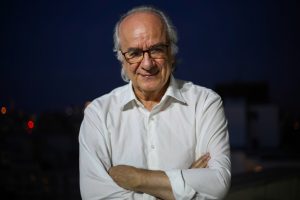 Boaventura de Sousa Santos is Emeritus Professor of Sociology, University of Coimbra (Portugal), and Distinguished Legal Scholar at the University of Wisconsin-Madison. He earned an LL.M and J.S.D. from Yale University and holds the Degree of Doctor of Laws, Honoris Causa, by McGill University.

He is Director Emeritus of the Center for Social Studies at the University of Coimbra and has written and published widely on the issues of globalization, sociology of law and the state, epistemology, social movements and the World Social Forum.

His most recent books in English are: Decolonising the University: The Challenge of Deep Cognitive Justice. Newcastle upon Tyne: Cambridge Scholars Publishing (2021); Toward a New Legal Common Sense. Law, Globalization, and Emancipation (third edition). Cambridge: Cambridge University Press (2020); Demodiversity: Toward Post-Abyssal Democracies (Ed. with José Manuel Mendes) New York: Routledge (2020); Knowledges Born in the Struggle. Constructing the Epistemologies of the Global South (Ed. with Maria Paula Meneses). New York: Routledge (2019); The End of the Cognitive Empire: The Coming of Age of Epistemologies of the South. Durham and London: Duke University Press (2018); If God Were a Human Rights Activist. Stanford University Press (2015); Epistemologies of the South: Justice against Epistemicide. Paradigm Publishers (2014).