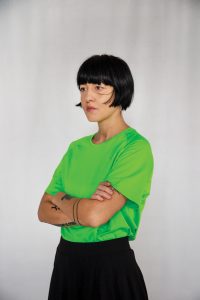 Naja Orashvili is co-founder and author of the concept and idea of BASSIANI / HOROOM, BASSIANI RECORDS and Horoom Nights – the first and biggest Queer party series in Georgia. Originally a film director and communication strategist, her work crosses over different fields of arts and civil activism. She has been running her own creative agency and production studio for years, producing TV shows, documentary films and music videos. She was representative of Electronauts – a fund dedicated to supporting and developing electronic music and innovative pop culture in Georgia. She is a founding member of the White Noise Movement – fighting for the liberation of Georgia’s extremely strict and inhumane drug policy. Naja is also an author of Women’s Solidarity March, a public feminist rally for gender equality and also board member of Equality Movement – for LGBTQ rights. She was the author/organiser of System Must Be Destroyed – a widespread youth protest rally in 2012, protesting civil inequality and requesting democratic changes in Georgia. Participants in the exhibition Dance of Urgency focus on dance culture as a means to express political resistance. 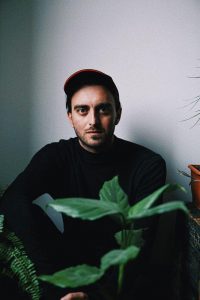 that change eras. Having grown up in a post-Soviet country he has a particular interest in social structures and identities. After graduating from journalism in Tbilisi, he moved to Europe and continued his studies in contemporary arts for his MA. Most of Giorgi’s works are based on his research, which he later transforms into installations, performances, participative art, books, or other media. He has had many exhibitions across Europe and Georgia, as well as personal projects published in various media. He is part of the art collective “90x” which includes four artists working on social-political issues of post-soviet Georgia.  In 2019 Giorgi co-founded an art space “Untitled Gallery Tbilisi” which aims to bring artists from the South Caucasus together to work for LGBTQ+ and women’s rights as well as focusing on ecological issues and political troubles in the region.

Photo of Naja by Ana Boko.