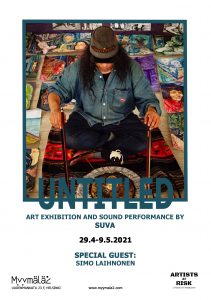 Artists at Risk (AR) would like to celebrate the opening of IA-Resident Suvadeep Das’ exciting exhibition Untitled on 29.4 at Myymälä2, Helsinki! Featuring a watercolour series, a set of four instrument-sculptures and impro-sessions, Untitled runs from 29.4-9.5.

From the event description:

“A definite edition of normative perception, the one, which we ourselves perceive, relies on the vocabulary of objects and subjects. In this way we can concern ourselves with a concept or theme. With my watercolours I have chosen to address a word we are all familiar with: “protagonist”. The watercolour series are part of a process of visual narration that introduces the protagonists and the way they take their space. Therewithal we can trace in those compositions an engaged retrospect of the protagonists; that which can appear abstract or in real time and space.” 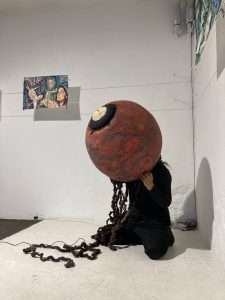 “It’s been almost seven years since I started designing and building instruments from recycled materials. Being aware of the characteristics of conventional and traditional instruments, I intended to explore sounds from a different perspective. In the same span of time, I was also witnessing a genre of circuit oriented devices traversing through the arena of noise music. Therefore I had a strong urge to recreate the unusualness of sound by using the typography as a model for electro-acoustic instruments. My sculptural background led me to the process of constructing sound devices out of a broken guitar, metal CD holders, a watch tower clock frame and bottle holders. Initially I built some of those instruments collaborating with friends who have access to a work space. Of these instrument four will be on display and I will present each of them with live performances creating soundscapes and an impro-session; collaborating with a special musical guest. 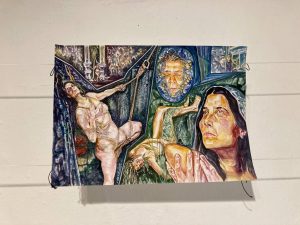 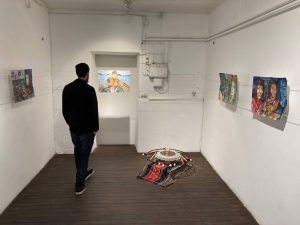 In the corridor of the gallery I display a series titled: Lateral m-Power-Meant (K-18). This work piece is a collage of multiple protagonists featured as nudes. Medium- pen and ink, arranged to create a continuity within the guache surface in the form of a scroll.”

“During the exhibition Suva will perform a series of impro-sessions. Sessions are organized in two parts, the first part will be a solo by Suva or duet with special guests and the second part will be a collective improvisation during which the audience is invited to join in the session. Each impro-session will introduce one particular instrument out of the four.” 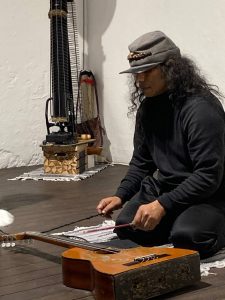 Make sure to catch one of Suva’s next impro-sessions on the following dates:

Suva will further host a Radiophonic Closing Ceremony with Sumugan Sivanesan/fugitive-radio.net starting at 17.00 on 09.05. Be sure to stop in at Myymälä2 for one of these events, or at any point over the next 10 days!

A special thanks also to Antonella Ermina Zecca for the event photo and poster. 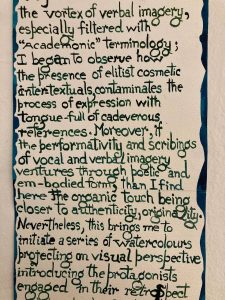 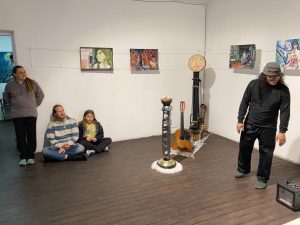 Link to the exhibition’s page on the Myymälä2 website here.

Suvadeep Das is an Immigré Artists (IA)-Resident hosted at Artists at Risk (AR)-Safe Haven Helsinki. The AR and IA-Network is coordinated by the AR-Secretariat and curated by Perpetuum Mobile – PM. This residency is co-funded by Nordisk kulturkontakt / Nordic Culture Point and the Helsingin kaupunki – Helsingfors stad – City of Helsinki Department of Culture and Leisure.

Вибачте цей текст доступний тільки в “Англійська Британська”. For the sake of viewer convenience, the content is shown below in the alternative language. You may click the link to switch the active language. Ukrainian cultural institutions, art centres and artist-in-residencies! … Продовження →

Вибачте цей текст доступний тільки в “Англійська Британська”. For the sake of viewer convenience, the content is shown below in the alternative language. You may click the link to switch the active language. Ksenia Peretrukhina (b.1972) is a Russian stage … Продовження →

Вибачте цей текст доступний тільки в “Англійська Британська”. For the sake of viewer convenience, the content is shown below in the alternative language. You may click the link to switch the active language. Mikhail Durnenkov (b.1978) is a Russian playwright, … Продовження →

Вибачте цей текст доступний тільки в “Англійська Британська”. For the sake of viewer convenience, the content is shown below in the alternative language. You may click the link to switch the active language. AR-Barcelona Residents, actor Alexei Yudnikov and screenwriter … Продовження →