Venice Biennale: “The Member», a historical Performance-Intervention at the Russian Pavilion by Aleksey Yudnikov, 22.04.2022 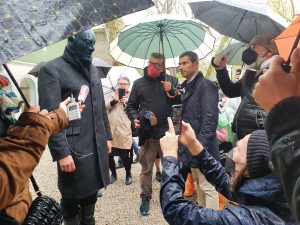