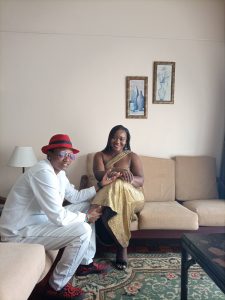 Grammo Suspect – Rainbow Ambassador Kenya is a rapper, spoken-word poet, activist and the founder of Rainbow Talent Kenya, a project which aims to uplift the voices of marginalised LGBTQI+ groups in Kenya.

Timeka Suspect is a music video producer & director and has collaborated closely with Grammo Suspect – Rainbow Ambassador Kenya as her manager, producer and director.

As lyrical and pictorial activists, Grammo and Timeka are dedicated to fighting for equality through music and by the use of still and moving pictures. Grammo’s latest album Embrace Diversity, completed during her past AR-Residencies, was released in May 2020 and can be found at her website and across all musical digital stores around the world. This album focuses on themes affecting the LGBTQI community in Kenya, Africa and the whole world at large.

As an openly gay musician, Grammo Suspect has faced discrimination and abuse from the police, local gangs and the music community. Songs such as the single Our Love is Valid present a clear challenge to the conservative values of Grammo and Timeka’s home country as they fight to give support and visibility to people who, like them, suffer for their sexuality.

Grammo was the inaugural AR-Resident at AR-Safe Haven Catalonia in 2019. Despite misgivings she returned to Kenya to rejoin Timeka, where she soon became one of the first recipients of the AR Covid-19 Emergency Fund in 2020. That AR-Residency was extended and expanded with a new grant from Protect Defenders with which AR was able to support her in Kenya and co-fund their residence and productions at AR-Safe Haven Helsinki.

Video interview: Grammo Suspect speaks about the impact of Covid-19 and the support of Artists at Risk (AR). 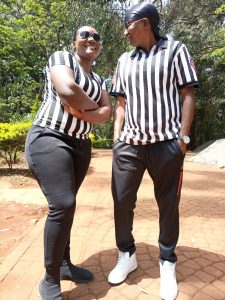 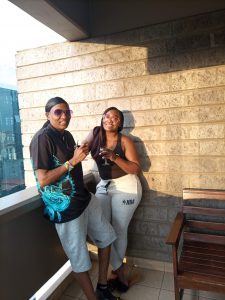 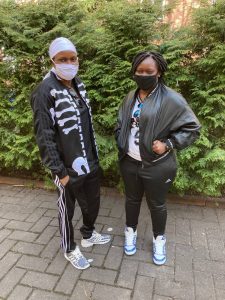 Grammo Suspect – Rainbow Ambassador Kenya and Timeka Suspect are Artists at Risk (AR)-Residents at the AR-Safe Haven Helsinki Residency. The programme is co-funded by the City of Helsinki Department of Culture and Leisure and ProtectDefenders.eu and coordinated by Perpetuum Mobile (PM) as part of the AR-Network.