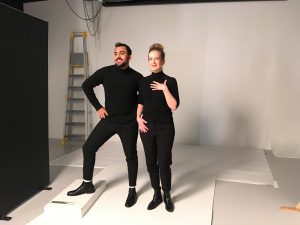 Ali Saad and Sanna Salmenkallio are an Iraqi-Finnish duo that explore Arabic and European culture through music.  In their work, ancient Arabic poetry and decorative styles meet Northern minimalism. Their repertoire consists of Middle East folk and pop music as new arrangements and compositions created by the duo.

Ali Saad grew up in Baghdad and learned his impressive singing style from his famous musician uncles. He was an AR IA-Resident in 2019. Sanna Salmenkallio is a classically educated musician and composer known for her film and drama compositions. She has won the Jussi Award three times for the best film score in Finland and is part of AR’s ‘Peer Artist’ scheme.